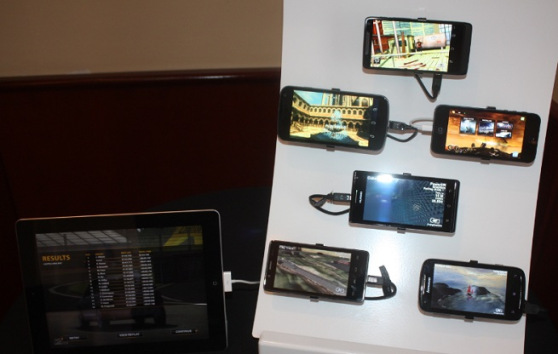 The deal brings together a major player in mobile graphics chip technology, Imagination, and MIPS, which licenses well-known microprocessor technology. Both create designs for chips that are used by other chip makers such as Intel and system companies such as Apple. MIPS’ 56 licensees ship more than 700 million MIPS-based chips a year.

“We expect this new integrated business to create a new market,” said Hossein Yassaie, chief executive of Imagination, in a conference call with the press. “We believe the technologies that MIPS has are very complimentary to what we have.”

Imagination is buying Sunnyvale, Calif.-based MIPS, which was founded as MIPS Computer Systems in 1984 by Stanford University’s current president, John Hennessy. It was one of a number of companies that embraced RISC, or reduced instruction set computing, a way of computing that simplified processing tasks in the hopes of reducing the complexity of large computers. Like RISC-based ARM, MIPS focused on low-power technologies. Imagination ships about 350 million units in a year, and the company expects about 500 million units in the current year. Those include chips that have licensed cores from Imagination.

MIPS has lost out to ARM in the feature phone, smartphone and tablet chip market. But Sandeep Vij, chief executive of MIPS, said on the call that the company has a significant market share in processors for digital TVs, IPTVs, set-top boxes, Blu-ray players, broadband set-tops, wireless network routers, and wireless network access points.

MIPS had about 160 employees. The combined companies will have more than 1,360 employees, mostly focused on engineering chip designs. The acquisition includes MIPS’ business, 82 patents, and a perpetual license to MIPS patents that are being sold to Bridge Crossing for $350 million.

Imagination makes the graphics processing technology that Apple uses in its A series of graphics-processor combo chips used in iOS devices. That business has helped turn Imagination into one of the top five semiconductor design licensing companies. Imagination will now be able to create designs that combine graphics and processors in the same silicon chip. Currently, Apple takes an Imagination graphics core and an ARM processor core and combines them into a final working chip, which is also modified with Apple’s own intellectual property.

MIPS licensees include Broadcom, Cavium Networks, Loongson, Ingenic, Microchip, MStar, MediaTek, Sony, and Toshiba. Since 2000, MIPS licensees have shipped more than 3.6 billion MIPS-based chips. Intel owns about 14 percent of Imagination Technologies and it is a customer, but it does not participate in Imagination’s business decisions, Yassaie said.