Imgur, perhaps best known as the preferred image sharing service for users of community news sharing site Reddit, first launched a meme generator tool on its website this past summer as a way to simplify the process of creating memes for its legion of dedicated users. The company told VentureBeat that over 135,000 memes (40,000 with unique background art) were created on the website in the last 30 days alone.

“We want to be the biggest, best community for sharing images in the world,” Imgur founder and CEO Alan Schaaf said in an interview with VentureBeat. “One way to make sure we get there is by giving our users an easy way to make memes on their phones.” 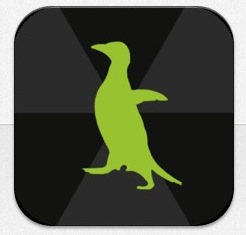 The new iOS app, called MemeGen, will let users create new memes directly from their smartphones as well as share, vote, and save memes using their Imgur accounts. The app gives you a library of the most popular backgrounds to use, so there’s really no obligation to create something from scratch.

And, yes, this move (supported by Imgur’s growing traffic that now dwarfs Reddit itself) means we are one step closer to a society where we communicate entirely through meme conversations.

Schaaf said the MemeGen app wasn’t something the company had initially planned when it launched the web version last year. However, given the fun nature of the project and Imgur’s desire to get users more involved via mobile devices, it just made sense.

I can’t help but speculate that Imgur’s push to mobile via the new MemeGen app can’t hurt considering the Yahoo acquisition rumors, especially after the emphasis CEO Marissa Mayer put on mobile being the future of Yahoo last week at CES 2014. But Schaaf declined to comment on any possible Yahoo deal.

Schaaf said an Android version of the MemeGen app may happen, depending on the popularity of the new iOS app.