When Apple introduced 3D Touch as one of the bigger innovations in 2015’s iPhone 6S, I was optimistic about the hardware, but concerned about the software. 3D Touch combined a pressure-sensitive display with a more robust haptic vibration system, enabling iPhones to register gentle, moderate, and strong finger presses, then provide a light tap or heavier thump feedback in response.

Conceptually, 3D Touch could have been a killer addition to iPhones and iPads. True pressure sensitivity across an entire screen might have enabled more useful buttons, deeper new user interfaces, and more affordable styluses. Instead of a volume or flashlight brightness slider, you might push down more to turn up the power; in a game, a hard press could fire a stronger laser or deliver a more powerful kick. The new technology seemed to have tons of potential.

But Apple launched 3D Touch in a way that has unfortunately become a familiar red flag: as interesting hardware, with too little software to justify it. iOS’s big 3D Touch software addition was “Peek and Pop,” which let certain apps create floating web page previews (above) or context-specific menus (below) if you pressed gently on the screen. Smaller tweaks let users apply pressure to make “Live Wallpaper” animate, watch “Live Photos” play, or fast-forward faster. There didn’t seem to be a bigger master plan for 3D Touch, beyond to let developers play with it and see what they could come up with.

In short, despite Apple’s supposed two-year iPhone hardware development cycle, and perhaps five years of Apple engineering work, the company hadn’t come up with much for users to actually do with 3D Touch. It wasn’t alone: A year later, Apple repeated the same “neat hardware, not especially necessary software” formula with the 2016 MacBook Pro’s Touch Bar.

Even early on, there were questions as to how many Apple devices would support 3D Touch. Rather than bringing pressure sensitivity or haptic feedback to the iPad, Apple instead released an Apple Pencil stylus with its own pressure sensor inside. Cynics blamed Apple’s desire to make $99 more from anyone who wanted a stylus, but reports at the time said that the company couldn’t get its pressure sensors to work accurately and consistently across larger iPad screen sizes — at least at a reasonable price point. 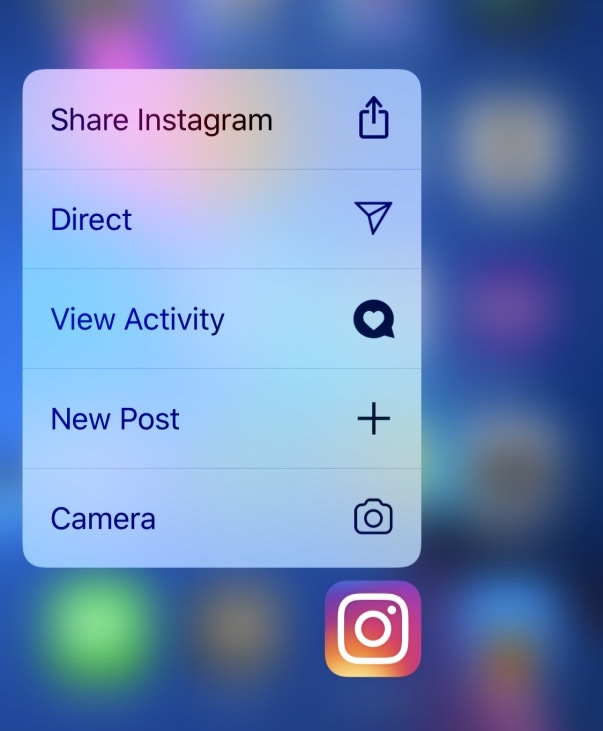 Whatever the reason, “Peek and Pop” never came to the tablet’s version of iOS. Live Wallpapers didn’t, either, but Live Photos did; you could just touch your finger to the screen to play them. The absence of 3D Touch persisted across multiple subsequent iPad releases and even the iPhone SE, which launched without pressure sensitivity … and virtually no one cared.

That’s why it wasn’t a surprise when Apple dropped 3D Touch from last year’s iPhone XR, which instead arrived with “Haptic Touch,” an alternative without pressure sensitivity: A slightly longer finger hold on certain buttons gives you a confirming tap. Again, no one seemed to care about the change, apparently emboldening Apple to move forward this year with dropping 3D Touch from the sequels to the iPhone XS and XR. The change was anticipated for months by supply chain analysts, and as a Barclays research note (via MacRumors) suggests today, reports of 3D Touch’s death continue to mount ahead of the new iPhones’ fall 2019 launch.

While I can live without 3D Touch, my concern is that it demonstrates that Apple really doesn’t have an endgame in mind for some of the features it’s adding to devices, often at additional expense to customers. Hundreds of millions of devices have been sold with 3D Touch hardware over the past nearly four years, but if 2019’s flagship iPhones are dumping it, that’s going to be the end of the feature — and what did all that expense get us?

It would be one thing if 3D Touch was pointless, but it wasn’t: There were plenty of things that could have been done with it. Apple’s modest, partial embrace of the feature doomed it to irrelevance. So what could have been an exciting new user interaction paradigm will instead wind up as a footnote in the history books, at best.

This sort of “here one year, gone the next” philosophy is common with Android devices, which are often openly experimental with features. Contrast that flippancy with the company that markets itself as saying a thousand nos for every yes, tightly integrating its hardware and software, and holding back on designs until it has a specific purpose in mind.

Admittedly, not every new hardware addition or design decision is going to work out, and there are times when something odd Apple did, like removing the hand strap attachment from iPod touches, can be undone without anyone caring. But there was nothing odd about 3D Touch, except the way Apple went nowhere with a promising technology it had taken the time and expense to engineer into its flagship products. The more I see of that, the less I can take on faith any new Apple innovation that doesn’t have an immediate, tangible use.