Following Line’s move in August to redesign its mobile chat app with a focus on low-cost calling, Tencent has now added the ability to call mobile phones and landlines from within the WeChat app. Its new calling service is being branded WeChat Out — Line calls its service Line Out. Hmmm.

The feature is currently only available in the U.S., Hong Kong, and India, but Tencent says more countries and regions are coming soon. WeChat Out claims to offer “super-low calling rates” and “excellent call quality,” and is just one more way the Chinese Internet giant is luring users to add a credit card to their WeChat account.

WeChat Out now appears as a new option in the expandable menu when users click the ‘+’ symbol at the top right of the home screen. Every user can redeem $1 in credit when they start with the service, and Tencent says it’s also giving away 100 minutes of free calls to “most numbers around the globe.”

Tencent rolled out an update to WeChat in October that enabled nine-person video calling, but it now appears to be challenging services like Skype in a much bigger way, as it pushes out of China in earnest.

As I noted in November, Tencent is opening up its mobile payments service to overseas transactions. This means paid services that would have been limited to Chinese credit card holders are now being offered up to users in the U.S. and elsewhere.

Clearly, WeChat remains a force to be reckoned with as we move into 2016.

Update: A Tencent spokesperson wished to clarify the following to VentureBeat:

Top up is currently provided via either Apple App Store in-app payment or via Google Wallet. As a consequence, no credit card information is currently given to WeChat when topping up credit on WeChat Out. 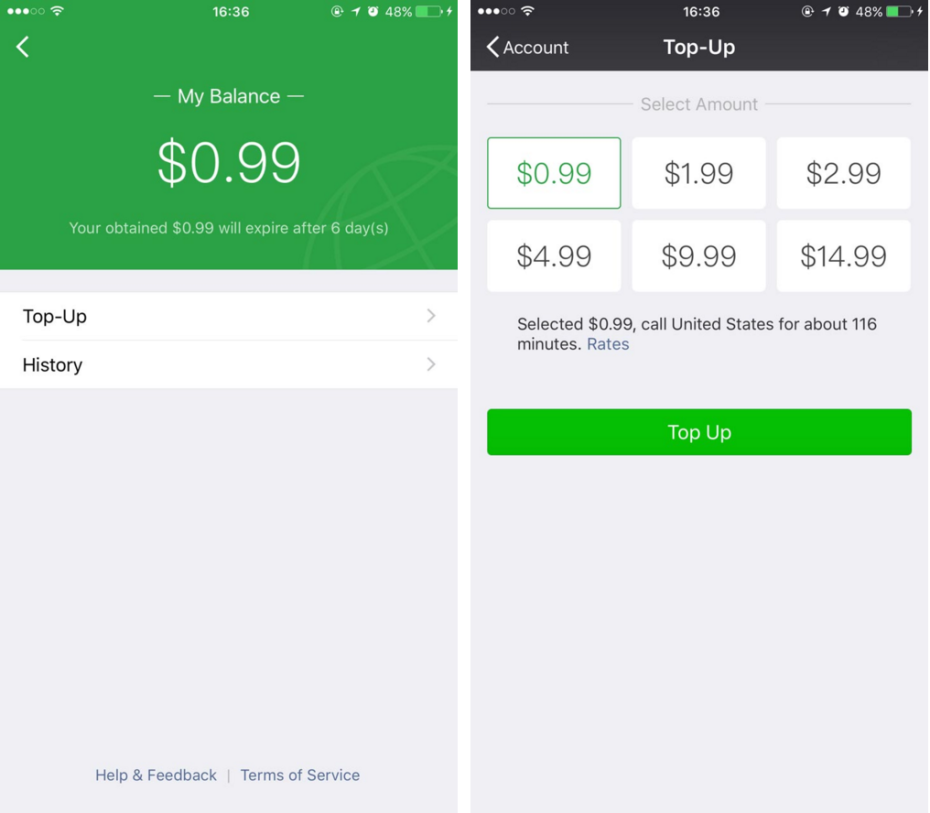 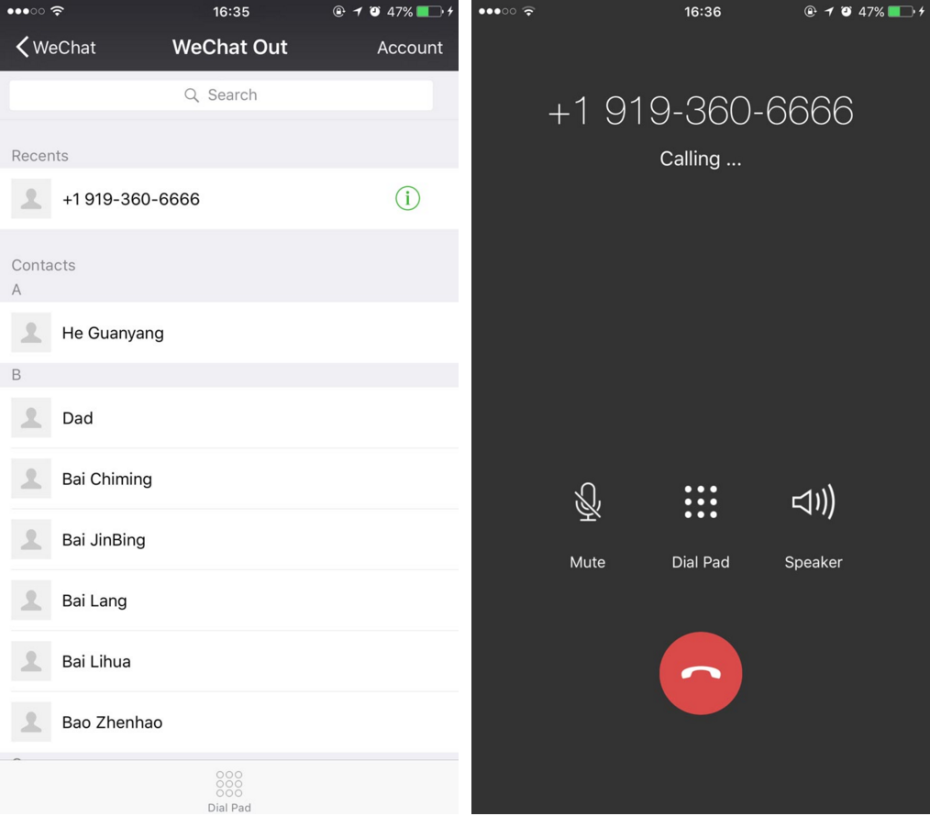 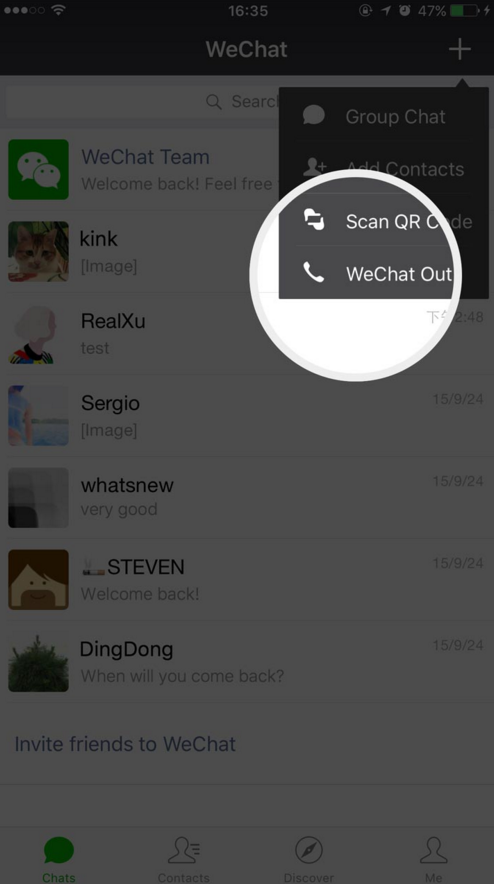