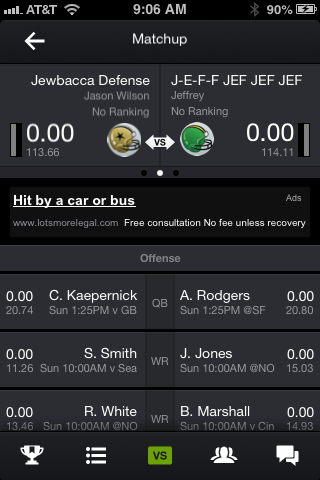 Mark Kaefer is the marketing director for Burst Media.

The NFL season kicks off today, and fantasy football is all the rage. A Google News search on the topic currently yields about 46.2 million results.

Last month, an article quoted Tom Brady (the NFL’s VP of content, not the New England Patriots’ quarterback) as saying that fantasy football players consume seven times more NFL-related media than fans who don’t play the game — and that such fans “bring their laptops and/or tablets to sports bars every fall Sunday so they can meticulously track fantasy stats over hot wings.”*

Even more interesting: According to Manish Jha, the NFL’s general manager of mobile media initiatives, television has become the second screen among hardcore fans — especially those who play fantasy football. The article continues:

“Second screening” typically means using a mobile device to access information complementary to what’s occurring on TV. For the NFL’s most dedicated fans, it’s the inverse: What’s happening on TV complements the pixels in their palms.

Fantasy football participants say tablet and smartphone apps are their go-to means for keeping up with stats, rankings and scores. Brands that want to connect with this engaged, male-centric audience must work mobile marketing into their gameplans.

Among those participants who go online in some capacity to check in on fantasy football, 40.2 percent go online at least daily to check stats, rankings, and scores — including 9.9 percent who go online more than 20 times per day. Nearly two out of three (65 percent) say that home is the place they spend the most time visiting fantasy football-related slides and online resources, including 72 percent of men. Additionally, the evening (after 5 p.m.) is cited by 41.6 percent of respondents (47.4 percent of men) as the part of the day when they will most likely visit fantasy football sites and resources.

Echoing the article’s comments on the significance of mobile among the most dedicated fans, our survey found that a plurality of men — 28.8 percent — say a fantasy football app(s) on a smartphone or tablet is their primary medium for getting news and info.

Interestingly, regardless of that response, more than one-quarter (27.6 percent) of men say online content sites — properties like ESPN.com and Bleacher Report — are the best place for getting fantasy football news and info. Another 18.9 percent say blogs (such as SBNation.com) are best. Just 14.3 percent of men say mobile apps are the best medium.

Perhaps most significant, 73.7 percent of men use a tablet or smartphone in some capacity to access fantasy football-related sites, online videos, apps, and other digital media—including nearly one-half (47.7 percent) who use their mobile device(s) either very frequently or frequently.

Marketers that want to reach fantasy sports fans should consider targeting specific platforms and times of day. Mobile as a platform is an obvious choice, and mobile-rich media — units that encourage true interaction — have the best chance of delivering success. Mobile-rich media not only give marketers leverage with feature-rich components like video players, image galleries, store locators and social sharing functionality — they are also likely to have reporting metrics that go beyond impressions and clicks.

Finally, it’s not just ad inventory in fantasy football and sports-related apps that marketers should consider to make a connection with their target audiences. Keep in mind that online sites and blogs, outside of apps, are considered to be two of the “best” places for fantasy football content. 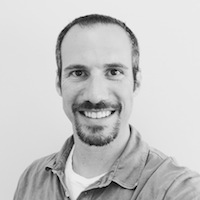