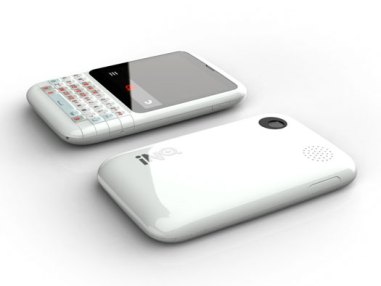 I can’t imagine anyone was desperately waiting for Inq to release the Cloud Q, its second Android smartphone with deep Facebook integration, but now the company has confirmed that the phone won’t see the light of day.

Inq says it has scrapped plans for the phone and will instead focus on new hardware for 2012, reports Electric Pig.

“After a lot of analysis through the back end of 2011 we made a tough decision to pull the Cloud Q from the INQ roadmap to focus efforts on our future products,” an Inq spokesperson told the site.

The company announced its Cloud Touch and Cloud Q phones last year. They were initially rumored to be “Facebook phones,” but in truth, they just featured heavy integration with the social network. Both phones were far from hardware titans, but that also made them more affordable for their target audience of teenagers. The Cloud Touch has sold out in the UK and is also on sale in Italy, Australia and Canada, reports Electric Pig.

The Q, which features a 2.6-inch touchscreen and a hardware keyboard, was supposed to launch in fall 2011, but that never happened. Cancelling the phone is likely a smart move for Inq, as the Q would have had difficulty competing with newer low-end Android devices. The company has also faced trouble recently, with two of its co-founders jumping ship.

Inq is owned by Hutchinson-Whompoa, which also owns UK carrier Three. The company never announced plans to bring its phones to the US, but I suspect it won’t be as shy when it comes to this year’s products.