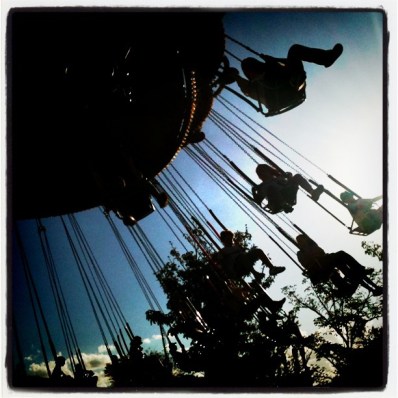 The growth of popular photo-sharing app Instagram hasn’t slowed down over the past few months. The company announced today that it has reached a milestone of 150 million shared photos, and it now boasts over 7 million users.

That’s shockingly great growth for a company that just launched last October. As we’ve mentioned before, neither Twitter nor Foursquare had even reached 1 million users at this point in their lifetimes. And yes, the company still only has four employees.

“Instagrammers now share photos with one another at a rate of 15 photos per second,” founder Kevin Systrom wrote in a blog post this morning. It was only two months ago that we reported Instagram had reached 100 million photos and 5 million users.

In a phone conversation, Systrom reiterated that the company is seeing “unprecedented growth for a startup that started from zero.” If the app’s popularity continues at this rate, it could reach 200 million photos by its one-year anniversary this October.

I asked Systrom about the company’s plan for increased web presence. (Right now the Instagram website is fairly barren.) He said that the company wanted to understand what it wanted to accomplish on the web first, but that it has a few specific features in mind already. It’s coming in the “not-too-distant future,” he said.

Systrom also said the company has no plans to change its marketing strategy. After all, it’s already one of the fastest growing apps ever. He said that the best growth comes from word of mouth, when friends refer friends: “Naturally people just get excited for it.”

I also couldn’t help but ask about the long-awaited Instagram Android app (currently the app is iPhone-only). Systrom said the app is on the company’s roadmap, but he still can’t offer up any specific release dates.