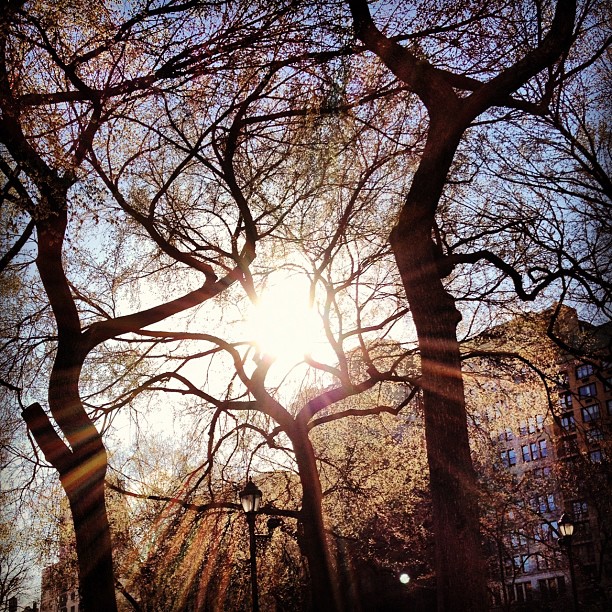 “When we launched, it was all about Facebook and Flickr and Twitter, and now we’re seeing a huge shift in our user base toward Instagram,” Hipstamatic cofounder and CEO Lucas Buick told Fast Company in an interview. “We’ve never been a social networking company, but we clearly benefit from social networks. So this will be the first app outside of Instagram that lets you into their network. That’s pretty cool for us.”

Both Instagram (free) and Hipstamatic ($1.99) are iPhone-only and offer photo filters and the easy ability to share your shots — but Hipstamatic also includes other camera tweaks like different lenses and flash options. Hipstamatic has attracted a dedicated community of 4 million users, compared to Instagram’s whopping 27 million users.

The partnership solidifies Instagram’s lead in mobile photo sharing, after seeing explosive growth since it launched two years ago (with only four employees for most of its run). The company is clearly doing something right, if it’s now so big even rivals want in on the action.

As part of the partnership, Hipstamatic users will be presented with the option to share photos to Instagram, along with other social networks. You’ll be able to add a filter and other tweaks as normal from the app, and when it appears on Instagram it’ll show up with a “Taken with Hipstamatic” attribution.

That small bit of text alone could lead to more revenue for Hipstamatic, since users who click on it will be directed to the iTunes Store to purchase the app (it’s not sharing any of the revenue with Instagram). And for Instagram, it means the company gets access to a dedicated community of photo nerds who post 48 million photos a month.

Instagram CEO Kevin Systrom tells Fast Company that users have already been using Hipstamatic to tweak photos before they get uploaded to Instagram, so he just wanted to simplify that process.

“It’s a step in the direction that we’re testing out,” Systrom told Fast Company. “We’ve been very careful about making sure that Instagram photos are about what’s happening right now in your life, and we want to allow for more of those photos to end up on Instagram regardless of where they’re taken.”

I expect Instagram to form similar partnerships with other popular photo apps like Camera+, and I wouldn’t be surprised if it ends up being directly embedded in iOS, similar to how Twitter is now a core part of the platform. With a more inclusive API and an upcoming move to Android, it doesn’t seem like Instagram’s crazy growth will be slowing down anytime soon.