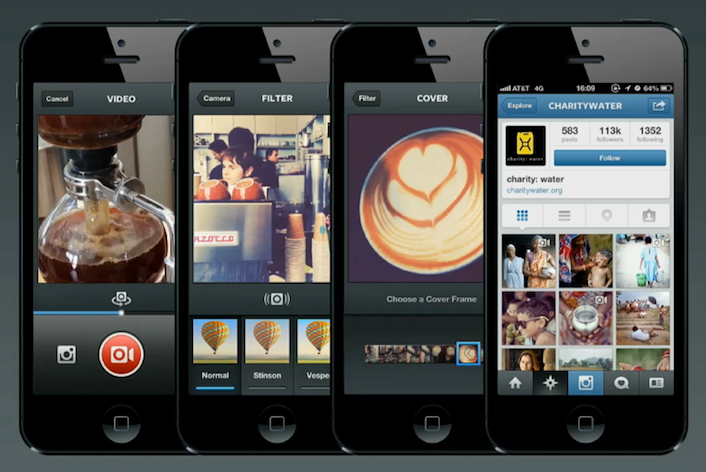 Photo-sharing app Instagram has swelled to over 130 million monthly active users, according to founder Kevin Systrom, who simultaneously announced the app’s Vine competitor this morning.

We last heard that the Facebook-owned app had 100 million users in September 2012. Instagram is a photo-sharing app that provides photographic elements such as filters and borders to make your photos look professional. Systrom says its users have uploaded over 16 billion photos thus far. And its community is interacting with the photos, “liking” 1 billion of them a day.

But the app has focused predominately on photos while Twitter’s competitor app Vine has taken over the minivideo market. It seemed natural that Instagram would also turn to videos, and it did so today with a feature that allows you to take 15-second videos that can be made up of one stream, or a number of clips. It also lets you overlay those filters and use a special “cinema” tool to reduce shaking.