Intel is unveiling its broad strategy to win more business in mobile device markets in 2014.

The company is discussing that strategy today at the Mobile World Congress event in Barcelona. Intel contends that its product roadmap shows it is positioned to gain market share in mobile and become a leader in the related “Internet of Things” market. And it has cut deals with four major tech giants to show that it means what it says.

The company has been promising such gains for a while as it tries to expand from PC chips to mobile devices, but it will show some important progress at MWC, including some new mobile Atom chips. The announcements include the launch of Intel’s 64-bit Atom processor, previously code-named Merrifield. It is also describing for the first time a follow-on 64-bit mobile Atom processor, code-named Moorefield. Both chips will be the brains of next-generation smartphones and tablets.

The world’s biggest chip maker also announced multi-year agreements with Lenovo, Asus, Dell, and Foxconn to build tablets and smartphones with Intel Atom processors and communication platforms. And where once these companies were simply experimenting with Intel-based designs, they are now engaged in bringing a full portfolio of products to market, said Julie Coppernoll, marketing director for Intel’s mobile and communications group, in an interview with VentureBeat.

Whereas Intel has worked with smaller white-label products before, it is now working with mobile leaders that could drive much more volumes of chip sales, she said. 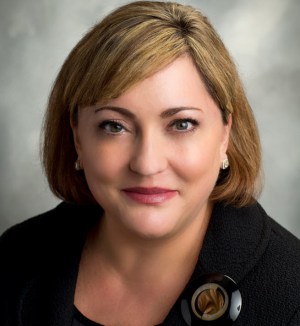 Above: Renee James, president of Intel

“These both offer significant upgrades in performance, battery life, and graphics,” said Coppernoll.

Intel is also announcing details of a new LTE-Advanced platform chip, which serves as the wireless radio in a smartphone or tablet. Intel is shipping high volumes of its certified Intel XMM 7160 multimode LTE chips, and it is now unveiling its new Intel XMM 7260 LTE-Advanced platform. Both devices will put Intel in a position to gain market share this year, Coppernoll said.

The announcements are being made in a press briefing by Intel President Renee James. The purpose is to show that Intel has the best portfolio of computing and communications technologies compared to rivals such as Qualcomm and Broadcom.

Intel is aiming for No. 2 market share in LTE chips by the end of the year. The company also says it has more LTE customers in the platform and will be introducing a very competitive LTE-Advanced platform later this year.

Tablets are a big focus for Intel. CEO Brian Krzanich has said that Intel will boost tablet chip sales by four times in 2014.

“The Internet of Things” refers to the use of sensors, communications, and processors to make ordinary dumb devices much smarter and connected, leading to a rich trove of actionable data. You could, for instance, use the Internet of Things to figure out how much water a part of an orchard needs and use technology to deliver the right amount of water to that location.

Intel is partnering with Alcatel-Lucent and Cisco to create the network infrastructure necessary to take so much data from sensors on what used to be dumb devices. James said Intel is redesigning network infrastructure to reduce costs and make it easier for service providers to deliver new services by extracting business value from vast amounts of data. Intel said it would work closely with service providers China Mobile, SK Telecom, and Telefonica.

“We are one of the only companies that is broadly positioned in the Internet of Things landscape,” said Sandra Rivera, director of market development in Intel’s communications server and infrastructure group, in an interview with VentureBeat.

In the past, Intel has often created a one-size-fits-all chip for a variety of markets. But Rivera said that the new networks will be purpose-built, with more customization around an Intel processor so that there will be more levels of programmability. So the Intel processor may be paired with an accelerator for a specific purpose in the larger network.

SK Telecom in particular has had a number of trials in the works, while Telefonica is upgrading services in Brazil to create better cloud technology to serve residential users.

“It’s much more finely tuned to the applications that they can offer up,” Rivera said. 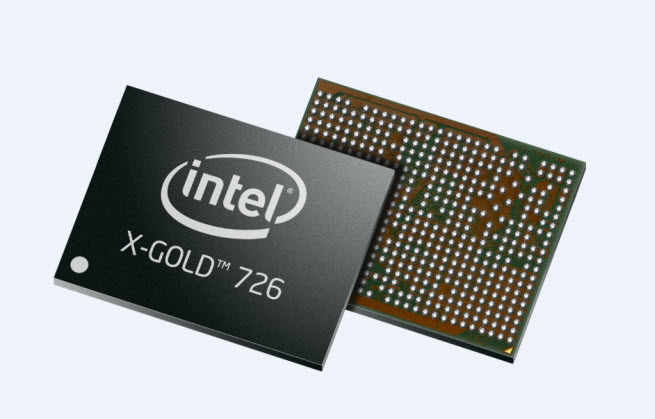 Details on the new products

The dual-core Merrifield chips are available under the name Intel Atom processor Z3480 and will run at 2.13 gigahertz. The 64-bit chip will be built in a 22-nanometer manufacturing process, and it is based on Intel’s Silvermont microarchitecture. It has PowerVR Series 6 graphics from Imagination Technologies and is designed to be paired with Intel’s XMM 7160 LTE platform. It is the first Atom chip to use the Intel Integrated Sensor Solution, which manages sensor data to keep applications contextually aware even when a device is in a low-power status. Merrifield chips will ship to multiple companies in the second quarter.

“Sixty-four bit computing is moving from the desktop to the mobile device,” James said in a statement. “Intel knows 64-bit computing, and we’re the only company shipping 64-bit processors for Android today.”

(Apple is shipping 64-bit processors for its iOS devices).

Intel said that Moorefield devices will be available in the second half of 2014. Those 64-bit Atom processors will have four cores, a faster graphics processing unit (GPU), and support for faster memory. They will be paired with Intel’s second-generation LTE platform, the Intel XMM 7260. The XMM 7260 supports “category 6” speeds (up to 300 megabits a second wireless networking for download) and support for TDD LTE and TD-SCDMA. That means it’s faster and more versatile for markets around the world.

Other chip makers such as Qualcomm and Nvidia have integrated LTE into their ARM-based processors. Coppernoll of Intel said that at the high end of mobile computing, customers want the processor and the LTE radio to be separate, because both sides are changing quickly. There is so much change in the requirements of each part of the device that it doesn’t make as much sense to combine them into a single chip, she said.

At the low end, however, integrating the LTE and processor together makes sense for cost and size reasons. Intel is working on such a chip, code-named Sofia, for launch at the end of the year. Sofia will launch first with 3G radio in the fourth quarter and then 4G LTE after that in the first quarter.

“Last year, we entered the market for multimode LTE. This year, our 7160 platform is gaining momentum in the marketplace while our new 7260 gives the ecosystem a highly competitive LTE-Advanced experience,” said Hermann Eul, vice president and general manager of Intel’s Mobile and Communications Group, in a statement.

Intel’s Krzanich announced at the Consumer Electronics Show in January that Intel would make its security technology available for free. Intel offered further details about its Intel Device Protection Technology for protecting Android devices. It will be used by device makers such as Dell later this year. Meanwhile, Intel is making its free, full-featured McAfee Mobile Security available on Android and iOS devices available now.

Lenovo is getting much more engaged with Intel’s mobile device strategy. Lenovo will use Intel’s LTE connectivity devices in some Ultrabook and multimode devices. Asus also plans to bring a full portfolio of Intel-based smartphones and tablets to market this year — not just one design, Coppernoll said.

“This is a much better position than Intel has been in in the past,” Coppernoll said.

At Mobile World Congress, Asus is unveiling its Asus Fonepad 7 LTE device using Intel’s Atom and LTE products. And Foxconn and Intel are teaming up to drive adoption of affordable Intel-based Android tablets. Foxconn, which makes products for other brands, will use Intel Atom processors in a range of products, starting with tablets, in 2014.