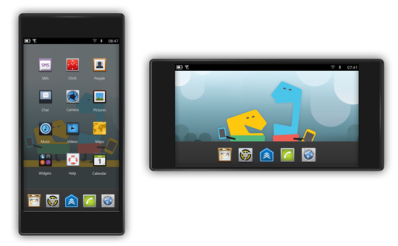 But Intel isn’t ready to throw in the towel yet. CEO Paul Otellini said in a meeting with analysts this morning that Intel is seeking out new partners for MeeGo, Reuters reports.

Prepare yourself for a long search, Paul.

The deck was stacked against MeeGo since Nokia and Intel first announced it early last year. At the time, it theoretically sounded like a promising competitor to the iPhone and Android operating systems. But both of those platforms made significant strides forward in 2010 while MeeGo remained quiet. Nokia reportedly scrapped its first planned MeeGo device, and now it only has plans to release a single MeeGo phone as an experiment.

Intel said last week that it is “not blinking” on MeeGo, and it proceeded to demonstrate its tablet interface for the OS at the Mobile World Congress conference this week. Intel also plans to support Android and Windows Phone 7 in the mobile arena but clearly wants a mobile platform to call its own.

There’s little reason I can think of for any company to jump into Intel’s MeeGo quicksand pit. Most companies have already decided to support Google’s Android OS in lieu of their own, and there simply wouldn’t be anything to gain from pouring money into MeeGo. It doesn’t offer any features that competing platforms don’t, something that even Palm’s beleaguered WebOS managed to do last year with its slick multitasking interface.

So why continue this charade? Otellini says that “carriers still want a third ecosystem and the carriers want an open ecosystem, and that’s the thing that drives our motivation.” He went on to say, “Some closed models will certainly survive, because you can optimize the experience, but in general, if you harness the ability of all the engineers in the world and the developers in the world, open wins.”

Indeed, open will win, but that open champion will be called Android.