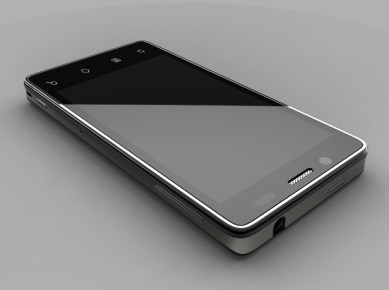 Intel has already hinted at its smartphone and tablet processor plans for next year, but it seems that LG will hold the title of the first company to create a modern smartphone with Intel inside.

Intel will be showing off an LG smartphone running Android and its Medfield mobile processor at the Consumer Electronics Show in Las Vegas, which is only a few weeks away, reports the Korea Times.

Intel Korea head Lee Hee-sung confirmed to the paper that the company would announce a Medfield smartphone at CES, and unnamed high-level exec said that it would be made by LG. The companies partnered earlier this year for a MeeGo smartphone (which was also showed off at CES), but plans for that fell through.

It makes sense for Intel to team up with LG yet again, since the Korean phone maker could desperately use the subsidies that Intel provides to its partners. And Intel needs a hardware manufacturer that can make high-quality devices — something LG has proven with its 2011 Android smartphone lineup.

Intel has missed out on providing chips for the current generation of smartphones and tablets, so it needs to make sure to wow the CES audience with whatever it shows off. The above picture shows a reference Medfield phone that looks similar to the iPhone 4.

Another LG executive told the Korea Times, “I doubt that LG Electronics will release phones running on Android software based on any Intel platform. It’s quite possible for LG to push Intel’s reference mobiles but with huge subsidies from Intel for promotion.” This sheds some doubt on the report, though I can’t imagine Intel would introduce a new phone running anything but Android.