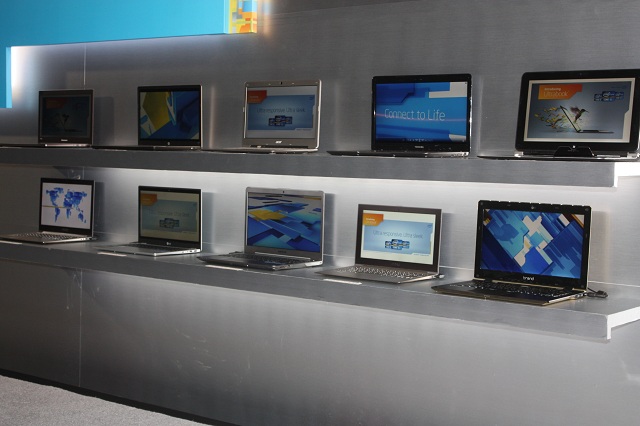 Intel said today that more than 75 thin laptops known as Ultrabooks are coming in 2012.

At the Consumer Electronics Show in Las Vegas, the world’s biggest chip maker said that its third generation of Core microprocessors will serve as the brains of the ultra-thin devices. Intel has a vested interest in making Ultrabooks take off, as it hopes they will be the mainstream computers of the near future and it wants its chips to be in them.

Intel said it would offer a simpler and safer checkout process for online merchants as a result of a partnership with MasterCard. Intel also said it will team up with Nuance Communications to create voice recognition technology for Ultrabooks based on Nuance’s Dragon voice command technology. That will let people control laptops with voice commands. 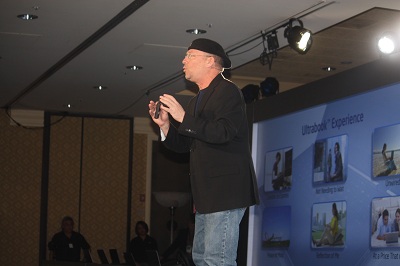 In April, Intel will kick off a big marketing campaign — dubbed A New Era in Computing — to market Ultrabooks. Intel’s new third generation Core chips are made with a 22-nanometer manufacturing process, which enables both good graphics and powerful computation.

Intel first started talking about Ultrabooks in May, 2011, but many PC makers have been focused on making thin computers for the past couple of years. Eden said Intel will emphasize the better experience that consumers will have with Ultrabooks, rather than talk about the finer points of “branch prediction” in chips.

With Ultrabooks, users will be able to create, not just read, things on their computers. They won’t have to wait, they can work in an unwired way, without having to pay a lot. Many Ultrabooks will be under $1,000.

“We want the average person to be able to enjoy this part of the computing revolution,” Eden said.

Eden showed a demo of better graphics performance with a 1.8-gigahertz Intel Core i7 microprocessor (code-named Ivy Bridge) by blowing up a bridge that collapsed in a realistic way thanks to physics processing calculated by the processor. He also showed a racing game with DirectX 11 graphics, which is the high-end graphics standard from Microsoft.