Apple’s support page for the App Store, which chronicles the adoption levels of various iOS releases, today shared a new milestone for iOS 11: As of April 22, iOS 11 is on 76 percent of iOS devices, compared with 19 percent for iOS 10 and 5 percent for earlier iOS versions. 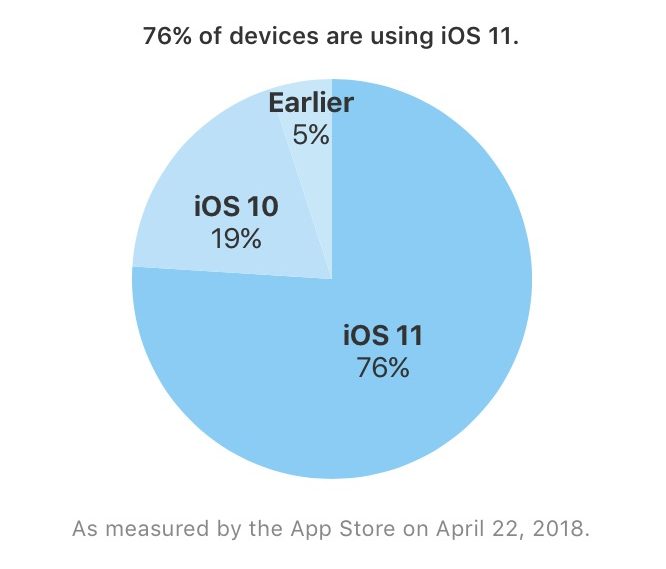 Since Apple doesn’t provide a breakdown of sales for individual iOS devices, it’s unclear what percent of the total iOS device base is capable of running iOS 11, but 76 percent adoption is a healthy number. By contrast, the latest statistics on Google’s Android developer page show a total of 4.6 percent of Android users across versions 8.0 and 8.1 of Android Oreo as of April 16, with the vast majority of users stuck on version 7.0 or earlier. 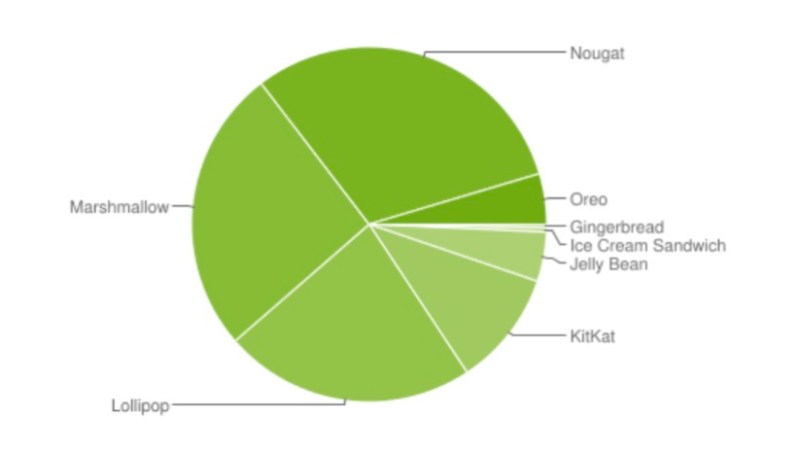 Due perhaps to numerous reports of bugs and various functional issues, uptake of iOS 11 has been slower than with iOS 10. The latest major iOS version had hit 52 percent adoption by November 6, 2017, less than two months after release. Apple last updated the statistic on January 18, noting that iOS 11 was at that point on 65 percent of devices, compared with nearly iOS 10’s nearly 80 percent adoption the prior February.

The current final version of iOS is 11.3.1, while version 11.4 is presently in beta. Apple is expected to unveil iOS 12 at its Worldwide Developers Conference in June, which will include small features such as FaceTime improvements alongside a focus on speed optimizations and bug fixes.