Apple’s new mobile operating system iOS 7 has been one of the most successful launches in history, reaching a shocking 18 percent adoption rate in just 24 hours and rising to surpass iOS 6 within just a few days.

But ad network Millennial Media says that actually, iOS 7 growth is much slower than its predecessor, even though it grew at 185 percent a day during the first week of its release and a massive 250 million devices are already running the new system just a month after launch.

Does this graph look like slow growth to you? 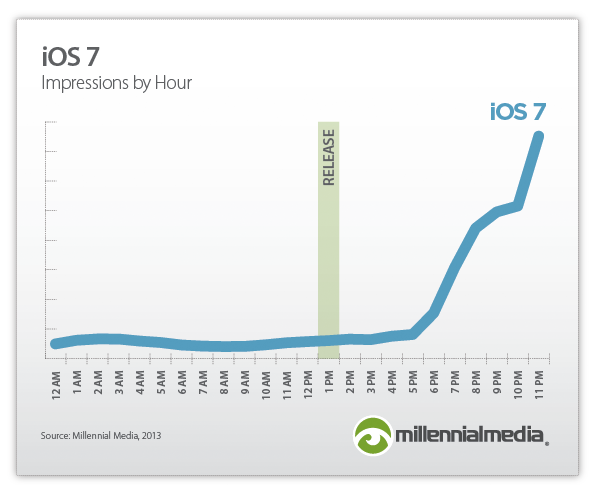 Which means that if iOS 7 was a rocket, iOS 6 went into hyperspace: 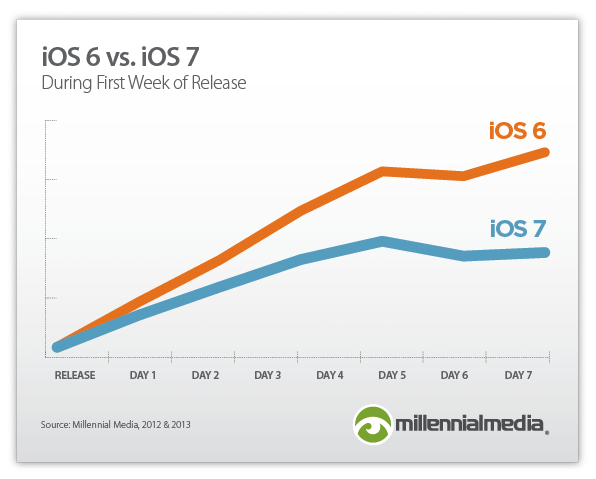 There are a few potential reasons for the difference, Millennial speculates. The most likely one is simply that iOS 7 is a much bigger update than iOS 6 was. It changes more, it looks significantly different, and it affects how iPhone owners use their devices much more than iOS 6 did.

By comparison, iOS 6 was a point update, while iOS 7 was a revolution.

Which means, of course, that people who are — shall we say — not on the cutting edge of tech have been somewhat cautious about updating. My wife, for instance, has not yet updated her iPhone.

Realistically, both launches are incredible, both by traditional desktop measures — where the decade-old Windows XP still has 31 percent market share — and by comparative Android numbers. But iOS 6, I suppose, was just a little bit more incredible.