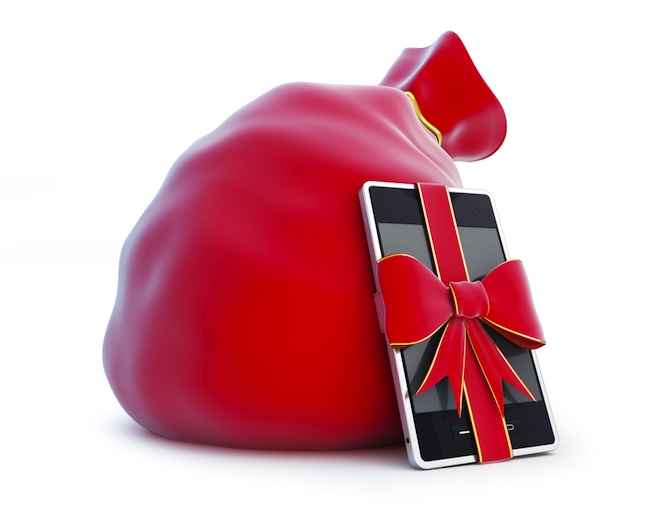 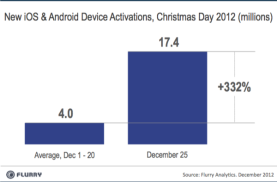 Christmas Day marked the most iOS and Android device activations than “any other day in history,” according to a report from mobile analytics company Flurry — with over 17 million new smartphones and tablets booting up for the first time.

Compared to the rest of December, new iOS and Android activations soared 332 percent on Christmas Day. Every other day in December only averaged around four million activated devices. It also squarely beat out last Christmas, which only hit 6.8 million devices activated.

Smartphones and tablets are undeniably mainstream and parents, friends, and significant others are seemingly happy to shell out for the technology everyone wants. It helps that a number of new products entered the market in the recent months, including Apple’s iPad Mini, iPhone 5, Kindle Fire HD, Nexus 4, and Nexus 10. The hype and marketing from these releases surely contributed to people’s holiday wish lists. 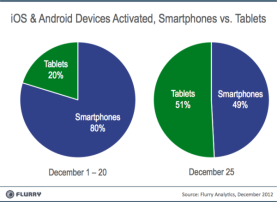 Interestingly, however, it seems like people think of tablets as a present, as opposed to an every day expense. Throughout December, 80 percent of activated iOS and Android devices were smartphones, whereas on Christmas Day, tablets rushed up and claimed 51 percent of activated devices.

Apps also saw an expected spike on what has now come to be known as Download Day. Compared with the rest of December, app downloads increased by 112 percent on Christmas Day with 328 million apps downloaded overall. Only 155 million apps were downloaded each day in December prior to Christmas.