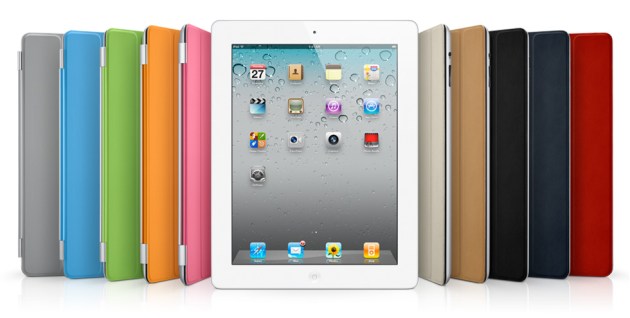 Apple announced its iPad 2 to much fanfare a few days ago. Most of the details were already know through leaks and informed speculation: a faster dual core processor with better graphics, a sleeker, lighter design, a better browser experience, dual cameras and the same 10 hour battery life. All of which will appeal to users wanting a compelling tablet experience.

But despite all of the updates and enhancements, I believe Apple missed a golden opportunity in this announcement by not making the iPad a must have enterprise device — a misstep that will likely come to haunt it.

Apple states that 80 percent of Fortune 100 companies are deploying the iPad (although many of the companies I talk to have only piloted the device and not yet deployed it in volume). Despite the reservation I have on the accuracy of this statement, this is an impressive number. Many of these installations are being driven by end users demanding (and getting) access to corporate networks and apps from their own devices.

But here is the dilemma that companies face. While the end-user sees a price tag of $500 to $800 per device (depending on options), they are often unaware of the true cost of deploying an iPad into the organization. In most cases, the actual purchase cost of a device (whether it be a notebook PC, smartphone or tablet) represents only about 15 percent – 25 percent of the true cost of operation of the device. This Total Cost of Ownership (TCO) is a direct result of what companies must do that individual don’t have to. They have to pay for infrastructure, deployments, device management and technical support.

Using this approximate formula, the TCO of an iPad could easily be $3000 to $5000 per year. And here is where Apple has lost an opportunity, and unwittingly provided a real “Achilles heal” for its competitors to attack by stressing TCO and not just initial purchase cost. 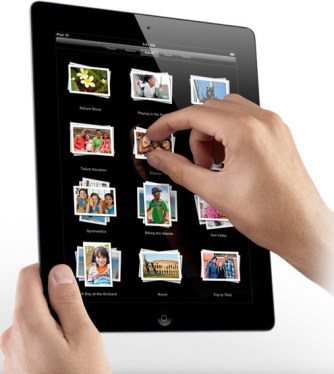 Specifically, Apple’s tools for large-scale deployments are weak at best. Its model for deployments is based on provisioning the device through iTunes or the Apple device manager on a PC. But companies need to do large-scale provisioning on an automated basis, and often remotely via OTA (over the air). Apple simply does not provide a competitive option for iPads (or iPhones either).

So for most organizations, this means they will need to buy a third-party “enterprise enabler” platform (e.g., Sybase, Zenprise, McAfee, MobileIron) to add features and functions that allow this to take place. Small companies don’t need this, but companies with large IT departments and many users definitely do. And while they’re at it, these enterprise enablers also add security capability beyond the limited native capability of iPad (and its reliance on Exchange ActiveSync for limited security management).

It’s unlikely that Apple can keep its competitive edge in devices forever. Android-based smartphones are already outselling iPhones. And it’s likely that with all the next generation Android tablet devices coming to market in the short-term, the same will happen in the next 1-2 years to the iPad. While its true that Android-based devices currently are even weaker than Apple in this manageability and security, its openness does allow for more and easier enhancements and upgrades. This is why Motorola recently purchased a small company (3LM) that it will leverage to “enterprise enable” its line of Android tablets (and some phones) targeted at the enterprise, and why Xoom (or future versions of it) may be specifically targeted at the enterprise (as the Droid Pro is).

And say what you might about RIM’s PlayBook and its competitiveness, it will certainly be secure and IT ready right out of the box given RIM’s history in that regard. Even HP with its WebOS platform is focusing on providing enterprise-class tools for its tablets. Large company installations will likely focus on good-enough devices with enterprise enabled security and management if they get the opportunity, and thereby save a substantial amount on TCO.

So, Apple missed a great opportunity to not only enhance the device itself (which of course it did), but make it more attractive to IT departments in big shops that could have deployed thousands of them in a single buy (a far less costly way to sell iPads than one at a time at the Apple store). It is true that Apple has made some enhancements to its products over time to help IT out (the first version of iPhone was awful at this). But Apple seems to continue to focus on the consumer side of things and only pay lip service to corporate needs (as it continues to do on the PC side of its business as well).

Security, provisioning, and manageability will always be high priority items for big companies. And when I speak with IT people, although they are generally positive about the new experiences and opportunities iPads and tablets bring to the organization, they are also disappointed in how little Apple has done to make their life easier by providing true enterprise class tools. This will be a large market opportunity for the third party’s mentioned earlier, but it could have been a real advantage for Apple if they had only moved more assertively in this direction.

So, bottom line, Apple missed a big opportunity with the iPad 2 release. Maybe the enterprise tools will come in a future version. But frankly I am not optimistic. Apple focuses on the user experience, much to its credit in bringing out compelling devices. But lack of focus on enterprise needs has created a huge hole its competitors will drive through with their enhanced and more IT friendly devices. This is a market in which Apple could have preempted the competition. Now it seems, it may be too late to plug this hole in the dyke.