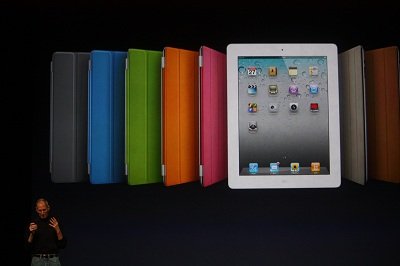 Apple just wrapped up its press event for the iPad 2, and Forrester analyst Sarah Rotman has already weighed in with her response. Her verdict: Apple chief executive Steve Jobs is right when it says that “2011 will be the year of the iPad 2.”

During the event, Jobs made several digs at the competition, arguing that a wave of “copycat” devices are flooding the market, but they’re taking the wrong approach by treating tablets as “the next PC market” rather than “post-PC devices that need to be easier to use than a PC, more intuitive.” Jobs’ confidence seems well-earned, given the iPad’s stellar sales — J.P. Morgan analyst Mark Moskowitz had previously predicted that Apple will dominate the market until 2012 at least.

So how does the iPad 2 affect that argument? Rotman predicts that the device will claim 80 percent of the total US marketshare for tablets in 2011. The iPad 2 seems to represent an incremental improvement over its predecessor rather than a huge leap forward, but Rotman argued that the key to Apple’s victory lies not in a rational comparison of features. Instead, it’s mostly about adding enough cool stuff to stir consumers’ emotions:

Apple understands desire. The first thing consumers will notice about the iPad 2 is how it feels: Lighter (by a crucial 2 ounces) and thinner (at 8.8mm, thinner than an iPhone 4). Color triggers emotion: iPad 2 comes in not just black but white, with multiple colors in the thin “smart covers” that snap into place with “auto-aligning magnets” and clean those unsightly fingerprints off your screen. …

In a post-PC world, consumers have a more intimate relationship with their devices. They use them on the couch and in bed and not just at their desk. They show their devices to other people (40% of iPad owners in Forrester’s surveys report regularly sharing their iPad with other people). Fostering that desire is a smart way to differentiate your piece of glass from other pieces of glass that perform essentially the same functions.

Still, Rotman said it’s possible that someone could take on the iPad, pointing to Amazon, Sony, and Microsoft as companies that might announce something formidable. So Apple has solidified its place at the top but, she said, “Things could get rowdy.”