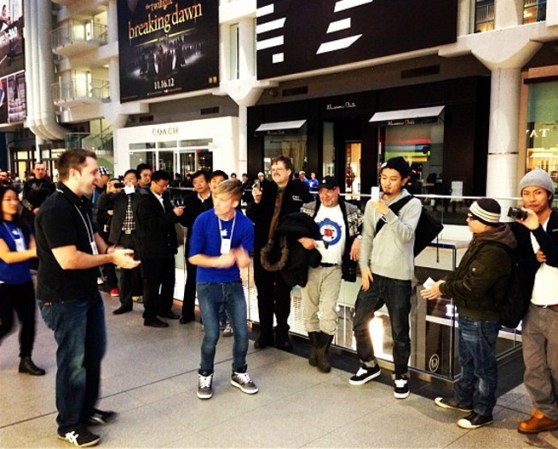 Enthusiasm for today’s iPad mini launch appears to be more tempered than the iPhone 5 and other Apple product launches, according to numerous reports around the globe.

Apple announced the iPad mini early last week, after tons of rumors circulated about the device. Our initial hands-on impressions of the device are that it’s stylish, light, and a tad expensive. Reviewers from other tech outlets also praised the device, saying it is well constructed and works flawlessly — despite its sub-par display.

While Apple Stores around the U.S. still had folks lining up to get iPad mini units, especially the Fifth Avenue and Grand Central Terminal stores in New York City, other retailers that carried the tablet didn’t appear too busy. Steve Kovach over at Business Insider got an iPad mini in less than three minutes this morning at a Best Buy store in Manhattan. Actor Aaron Bendele said on Twitter that he was the only person waiting outside a Best Buy in Los Angeles.

Around the world, Reuters reports that Asian and European cities also experienced shorter lines than usual. The report indicates that around 50 people waited to get an iPad mini at an Apple Store in Sydney, Australia and Apple’s flagship Hong Kong store opened today with staff outnumbering people waiting in line. CNET UK reports that Apple’s London flagship had a line that was “drastically smaller than the mob that gathered to purchase the iPhone 5.”

Lines are also shorter because more and more folks are simply buying Apple’s latest devices online and having them shipped to their houses and apartments.

Let us know in the comments if you’re picking up an iPad mini today and where you plan to get it.