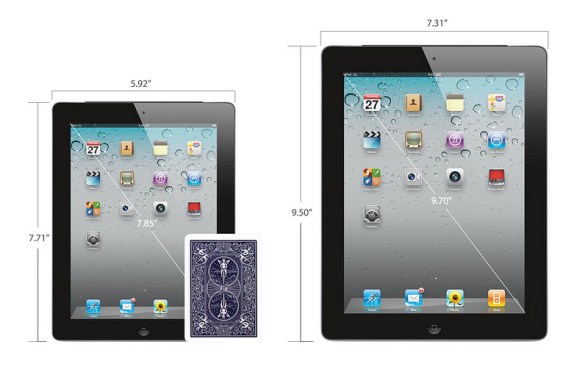 Just yesterday we reported on a compelling argument for why Apple would separate its iPhone 5 and iPad Mini events, and now it looks like Apple will indeed debut its long-rumored smaller iPad in October, sources tell AllThingsD.

If true, the report means that the iPad Mini will likely debut alongside new iPod models. It would also give Apple a month to devote to hype for the iPhone 5, which is expected to be announced at a September 12 event.

While we’ve been using iPad Mini name as a placeholder for the new smaller tablet, Japanese blog Macotakara claims that will indeed be the name. That wouldn’t be too surprising, since it would harken back to Apple’s popular iPod Mini line.

Moving the iPad Mini event to Apple’s typical media event is somewhat telling — after all, when was the last you were truly excited by a new iPod? Apple could end up pitching the new iPad as more of a portable media device than the 10-inch iPad. We’ve heard that the smaller iPad could look a lot like a bigger iPod Touch as well (which is particularly funny, since that was a common criticism of the first iPad).

Macotakara also reports that the revamped iPod Nano could get Wi-Fi, which would make it ready for a future cloud-based iTunes service. At this point, I wouldn’t be too surprised if that prediction came true. The iPod Nano is still a strong seller, and Apple would want to keep it compatible with its new services.

Via MacRumors; Photo via Repairgenius