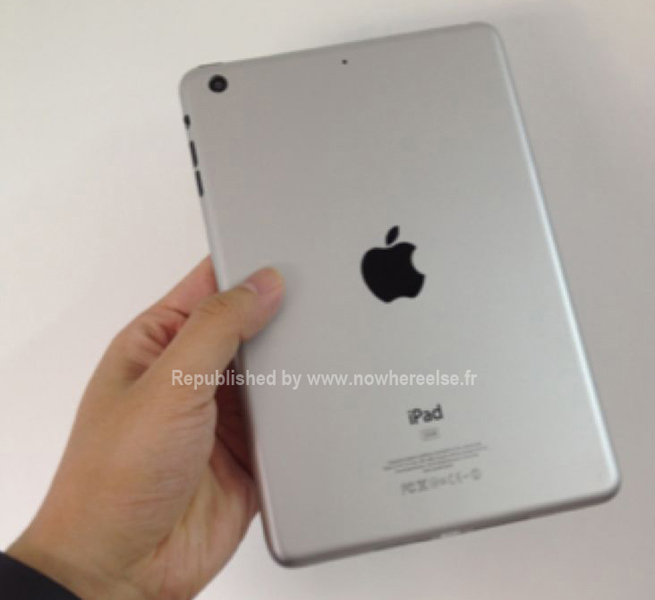 Alleged photos of Apple’s new iPad mini have hit the web a day before Apple’s next big press conference, thanks to French site NowhereElse. It looks just how previous rumors have pegged it.

The French site claims the photos originally appeared on Chinese blog DGtle, but there are no recent posts from the past few days showing the same photos. This suggests that DGtle took the photos down after publishing them or NowhereElse is misleading its readers about the source of the photos.

Check out the leaked photos in the gallery below.