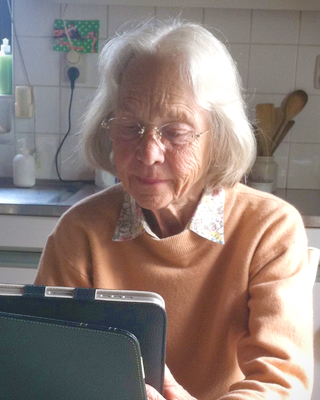 Some Oregon residents will have the option of voting via iPad in today’s election.

For those who might experience difficulties in filling out a traditional ballot, county election workers are providing iPads and portable printers to elderly and disabled voters at a range of locations, including parks, nursing homes and community centers.

For voters using the iPad, picking a candidate is as simple as taping the screen. Font sizes and display colors can be adjusted for the visually impaired. The iPad can also read candidates names and information from the voter pamphlet. Voters who do not have enough use of their hands to touch the screen can attach SNP devices to make their selections using just their breathing.

“It’s a lot simpler for me,” said Lewis Crews, a 75-year-old Oregonian who suffers from arthritis, to the Associated Press.

“I think it’s a great setup they got… Now that I’ve seen how it works, I’m confident I can do it on my own.”

Today, the state is having a special primary to replace a U.S. House of Representatives member who was forced to resign due to a sex scandal. Former Rep. David Wu is set to be replaced by one of eight Democratic candidates or five Republican hopefuls.

State officials will be using the same iPads-plus-printers system for the special election in January. If successful, the new system may be used across the entire state in future elections.