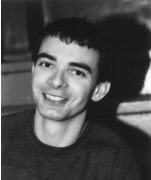 When I started my first mobile internet company nine years ago, my partner and I were most excited by the potential for location-based applications. We started with maps and local information, but our vision was much broader: A location-aware phone connected to the internet could effectively extend your senses, making you aware of everything that’s going on in the world around you. Our greatest fear was that we would be too late to market.

Nine years later, we are still talking about the potential for location-based applications. What happened? The answer has a lot to do with the structure of the wireless industry. But the industry is changing fast, and I believe all that potential might finally be realized.

Since the days of WAP, wireless carriers have lived in fear of being reduced to dumb pipes like their crazy old wireline uncles. What’s saved them so far is a difference in the economics.

PCs were always expensive relative to the cost of dial-up internet access, but phones have always been cheap compared to the cost of wireless service. Carriers can afford to give them away if customers sign a long-term contract; this in turn gives them complete control over the handset. Before the mobile internet it didn’t really matter, and carriers in other countries saved money by emphasizing prepaid service and letting the customer buy their own phone. But US carriers focused relentlessly on the subsidy model, which matched the buy-now-pay-later mentality of American consumers, and today 95 percent of cell phones in the US are given away or sold by a carrier. (Try to imagine what the web would be like if you had to buy your PC from AOL.)

The good news is that they accept responsibility if there’s something wrong with the device. The bad news is that they lock it down to maximize their revenues over the life of the contract. If there’s a native IM client, messages are treated like texts, not data. You can’t easily upload your photos to Flickr because they want you to pay a toll for picture messaging. You can’t back up your address book using any service but theirs. You can’t change the default browser, install Skype, or load your own music in some cases. Every event is a billable event. But the most tightly guarded APIs of all are for location.

Why? In public, the discussion centers on privacy and safety. When it comes to sharing your physical location, these are serious issues. But there are lots of ways to manage the risks: fine-grained privacy settings, everything private by default, application-level permissioning, strong parental controls. Yahoo’s FireEagle is one great example. No, the real issue is who gets paid for what.

Eric Carr from location-based service company Loopt recently wrote a great primer on location technologies for TechCrunch. The key thing to understand is that some of these technologies require no help from the carrier’s network, while others do. The solutions that leverage the carrier’s network have been on the market for ten years, widely deployed for five, and ought to be better, faster, and cheaper than solutions that require the handset to do all the work (autonomous GPS) or that depend on patchy WiFi coverage.

Carriers saw that they controlled the distribution of handsets, they controlled what got onto a handset, and they controlled access to location data even if a customer brought her own phone to the network — unless she paid more than $500 for a phone with autonomous GPS and WiFi. But they overplayed their hand. If they liked your idea for an application, they wanted you to launch it under their brand, support every phone in their lineup regardless of volume, and settle for a minority revenue share that you had to negotiate for your specific app, knowing that without a brand of your own you could be displaced by another vendor at any time.

Most startups never got a meeting. Most of the rest walked away from that deal. Some took the money, wrote lousy applications that performed badly, and walked away leaving carrier executives thinking that maybe there was ‘no there, there’ in location. And a handful have tried to make it work: Televigation, Wavemarket, Loopt, etc. It’s hard. Take Loopt: great team, great app, but they’ve been around for three years and raised almost $20 million and still most people can’t get Loopt on their phones.

Once again, the Valley is excited about location-based applications, this time because of the iPhone. Has anything really changed? Yes.

Apple tried and failed to break the subsidy model, leading one analyst to describe the iPhone 3G as a step backwards for open access. He’s wrong. The subsidy itself doesn’t matter. What matters is how much freedom developers have to build applications for the phone and to market those applications directly to consumers, and by that measure the new iPhone is a big step forward for the US market. Apple and AT&T have at last decided that the way to make money in mobile is to make the pie as large as possible while guaranteeing yourself a slice. For location apps in particular, the iPhone offers both A-GPS and triangulation based on both cell tower ID and WiFi MAC addresses. But developers don’t need to worry about the details — location is just another API call.

Consumers are much more likely to use applications on the iPhone than on any other device, Apple’s new store will probably be the most effective distribution channel for mobile apps ever launched, and Apple wants a flat 30 percent, regardless of which APIs you use and how often. Since Apple no longer gets a share of the monthly bill from AT&T, it has every incentive to help developers succeed. I’m betting that most of the restrictions that remain — such as no turn-by-turn directions apps — will be gone within a year.

Apple deserves credit for creating the device, but this new model was forced on it and on AT&T by consumers and third-party developers. Once normal people finally realized that the internet on your phone might actually be a good idea, they started complaining about the restrictions. Too bad it had to take nine years.

Jason Devitt (pictured above) was co-founder of Vindigo, one of the first companies in the US to develop mobile location-based applications for consumers, including MapQuest for mobile phones. Jason’s new company Skydeck (http://skydeck.com) helps consumers manage their cell phones. Skydeck is in private beta, but readers can join straight away by mentioning VentureBeat when they sign up here: http://skydeck.com/apply.

[Editor’s note: Skydeck is one of the startups nominated for our MobileBeat 2008 conference, and you can vote for all the nominees here: https://venturebeat.com/mobilebeat-2008/companies/]