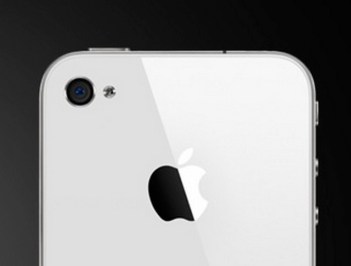 Hopefully, this will be the end of speculation surrounding the great white iPhone 4: Apple is apparently gearing up to offer the device on AT&T and Verizon Wireless in the next few weeks, sources tell Bloomberg.

The news comes after a 10-month delay for the white iPhone 4 — Apple showed it off prior to the iPhone 4’s launch, but it never made its way to stores. The delay is unprecedented for Apple, a company that’s well-known for its attention to hardware detail. But it’s not the only issue that the iPhone 4 faced at launch — let’s not forget the antennagate fiasco.

The device was delayed several times since the initial launch of the iPhone 4 in June 2010, and Apple finally said in October that the device won’t be released until spring 2011. It was later revealed that a possible hardware flaw with the white case and the iPhone’s camera could be the culprit. One of Bloomberg’s sources pointed to complications with a sensor in the device as a possible cause for the delay.

In January, we reported that the white iPhone 4 showed up in Best Buy’s internal retail systems for a potential March release. And last month, Apple SVP of marketing Phil Schiller tweeted a reminder that the device will be available in the spring.

If the iPhone 5 gets delayed until the fall, as rumors seem to hint, delivering the white iPhone 4 now may serve to bump up iPhone sales until then. But honestly, I can’t imagine that anyone who has been holding out specifically for the white iPhone 4 for this long is anything but crazy.