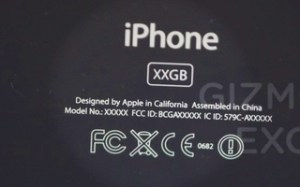 The two men who found and sold a prototype iPhone 4 to a tech blog last year have reached a plea bargain with prosecutors today.

Brian John Hogan, 22, and Sage Robert Wallower, 28, will pay Apple an earth-shaking $250 each. Each man will also serve 40 hours of community service and one year of probation.

A spokesperson stated that San Mateo County District Attorney Steve Wagstaffe asked the judge to require that each man serve five days of jail time, but the judge decided that putting the duo behind bars was unnecessary.

Last May, court documents revealed that Hogan had known that the iPhone 4 he found in a bar in Silicon Valley actually belonged to an Apple engineer and that, rather than trying to return it, he deliberately chose to try to sell it instead, making offers to several technology publications.

The then-21 year old said that he regretted selling the prototype to tech blog Gizmodo, but that he thought the blog merely intended to review the phone. In other words, the young man thought he was renting an iPhone prototype to a blog for $5,000.

Gizmodo published its blockbuster post, This Is Apple’s Next iPhone, to huge acclaim and traffic. Eventually, after verifying its authenticity, Gizmodo returned the phone to Apple.

Eventually, Gizmodo itself was let off the hook, as the San Mateo district attorney’s office decided not to press charges against writer Jason Chen. Investigators concluded that the blog and its staff were “not motivated by financial greed.” Also, the publication cooperated with with authorities by producing “relevant documents” about the case.

However, that meant Hogan and Wallower would face misdemeanor possession of stolen property and misappropriation of lost property charges. All things considered, the two got off rather light for some distinctly unethical behavior.