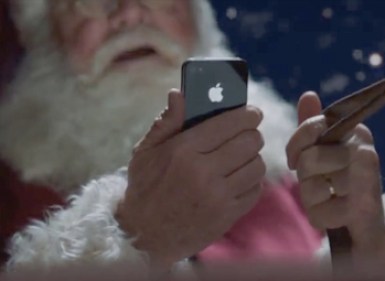 Apple’s iPhone 4S is incredibly popular with consumers — so much so that it’s eating heavily into Android’s market share among those who’ve purchased smartphones within the past three months.

Apple’s market share among recent smartphone buyers in the U.S. rose from 25.1 percent in October to 44.5 percent in December, while Android’s fell from 61.6 percent to 46.9 percent last month, according to the latest numbers from Nielsen.

The numbers don’t exactly come as a surprise. Apple’s iPhone 4S launched on October 15 and sold like hotcakes. Meanwhile, only Google’s Galaxy Nexus Android phone had much of a chance of cutting through the Apple hype, and it didn’t reach the US until the middle of December. This same dance occurs pretty much every time a new iPhone is released.

It’s also worth noting that iPhone sales dipped during the summer quarter this year, as many consumers were anticipating the release of an iPhone 5. The iPhone 4S’ performance over the holiday quarter helped Apple make up for much of those earlier lost sales.

When looking at all U.S. smartphone consumers, Android still has a big lead at 46.3 percent, while iOS is sitting at 30 percent. Nielsen also notes that smartphone penetration is still growing rapidly, with 60 percent of recent mobile phone buyers choosing smartphones over less feature-rich phones. Smartphone owners now account for 46 percent of all mobile phone owners. 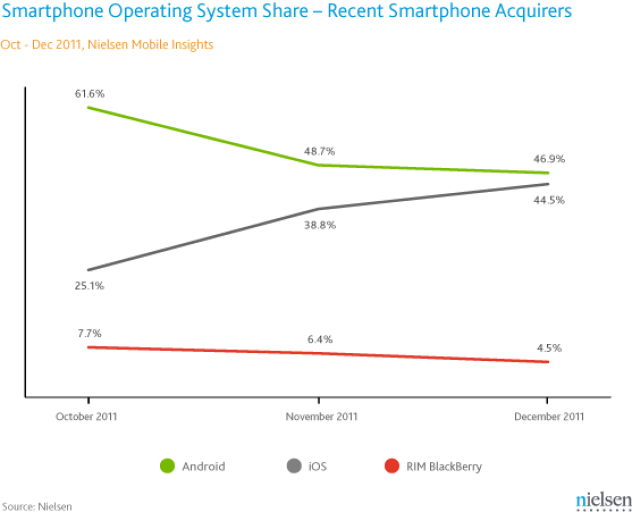