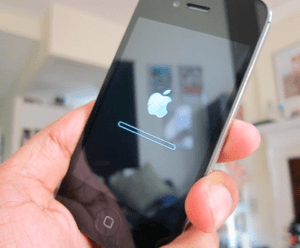 Apple issued a software update to its iOS 5 mobile operating system today, which should fix problems with the iPhone 4S battery life.

As VentureBeat previously reported, some iPhone 4S owners were experiencing a problem with the phone’s battery life, which would randomly and dramatically decrease — even when the phone isn’t in constant use. Apple confirmed that the problem was due to bugs in iOS 5 and not related to hardware issues. The company said a fix might take several weeks, but obviously it’s arrived much sooner (to the delight of users who don’t enjoy carrying around a dead iPhone all day).

A quick scan of Twitter and Facebook shows that not all iPhone 4S owners with the problem are reporting that the update fixed their phone’s battery issues. However, some have commented in Apple help forums that uninstalling and then reinstalling your contacts from Google, Mobile.me and/or iCloud may correct the battery life problems.

In addition to the bug fixes, the iOS update also gives original iPad owners the ability to use the multitasking gestures that are available on the later model.