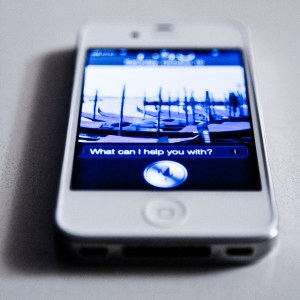 Jailbreaking your iPhone opens the door to loading unapproved applications and using the phone on other carriers. Not surprisingly, Apple hates its devices being jailbroken and used in unintended ways, so the company regularly issues operating system updates that make it harder to jailbreak. The iPhone 4S, in particular, has taken months to find a full jailbreak.

The new jailbreak for the iPhone 4S and iPad 2 is called “Absinthe A5” and it can be downloaded direct here. Unfortunately, the Absinthe jailbreak is only available now for Mac users right now, but versions for Windows and Linux are planned to be released soon.

The Chronic Dev Team writes that the hardest part of the hack was getting past complications with Apple’s A5 processor:

The ridiculously complex combination of exploits-within-exploits that make this iOS jailbreak possible have consumed thousands of hours of brain-power & effort from a legion of world-renowned hackers, several of whom have been working diligently on this project since the dual-core A5 processor was unveiled by Apple last March. Ten months ago, I myself was live tweeting from a tediously long line at the nearest Apple retail store, where I anxiously waited to become one of the world’s first owners (& hackers) of the newly-released iPad 2.

At that point, I don’t know if any iOS hacker anticipated how much the A5 chip would completely change the game & up the stakes. The endless war we fight to jailbreak has become more & more difficult with each new device released, and our recent battle against A5 only proved this further. After working for months with few tangible results, Chronic Dev hackers tried a new approach – we launched CDevReporter to accumulate all your devices’ crash reports, an invaluable source of information for iOS hacking & research. You answered our call-to-arms quickly & emphatically, sending us more than 10 million of these reports in less than a week. (Keep up the good work!)

Have you given the new jailbreak a spin? Let us know how it goes in the comments.