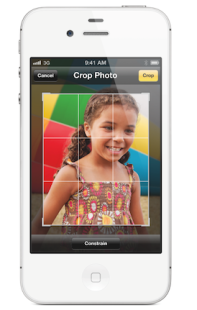 Apple has seen more than a million pre-orders for its new iPhone 4S in the first 24 hours after making them available through its online store and wireless carriers, the company announced today.

Apple debuted the latest model of its iPhone, the iPhone 4S, last week to much anticipation. The new model feature upgrades to the phone’s processor and camera and a new personal voice assistant called Siri.

The pre-order numbers for the iPhone 4S are the highest for a launch day Apple has ever had for the iPhone, according to Apple SVP of Worldwide Product Marketing Phil Schiller. Previously, we reported that AT&T had exceeded 200,000 pre-orders in the first 12 hours, which would indicate that the company probably had comparable numbers from the other two carriers offering the iPhone (Sprint and Verizon). And now we have confirmation.

The iPhone 4S will make its worldwide debut October 14 in United States, Australia, Japan, Canada, France, Germany and the U.K.

In related news, Samsung and Google said late last week that they would delay the launch of their competing Nexus Prime smartphone, which was supposed to debut tomorrow. The companies said the delay was because the world is still paying tribute to Apple’s Steve Jobs, who died last week, and that the phone would now launch in London on Oct. 27.

Did you pre-order the iPhone 4S? Let us know in the comments.