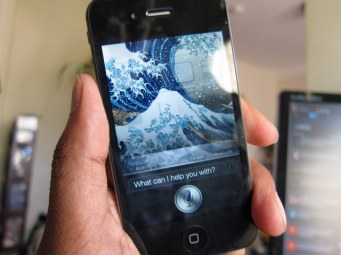 The iPhone 4S is a quietly revolutionary mobile device, even though it looks exactly the same as last year’s iPhone 4. The big pull this time around isn’t the hardware — though the faster processor and revamped camera are certainly welcome — it’s the integrated virtual assistant Siri.

More than a smarter version of the iPhone’s previous voice command feature, Siri represents the first step towards widespread adoption of consumer artificial intelligence (AI). It’s the beginning of something that will fundamentally change the way we live with our computing devices over the coming years. Modern touchscreen smartphones already seem futuristic compared to the clunkier handsets that came before, but Siri feels like something straight out of science fiction.

But is Siri enough to allay disappointed fans hoping for a completely redesigned iPhone 5? Read on to find out. 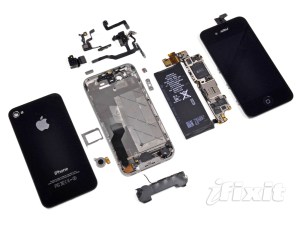 Above: iPhone 4S teardown, via iFixit

If you’ve seen the iPhone 4, there’s nothing truly remarkable about the iPhone 4S at first glance. Just like the iPhone 3GS, the 4S sports the same design as its predecessor. That’s a good thing, since the iPhone 4’s unusual aesthetic — two glass surfaces connected by a metal band — remains unrivaled. (It’s still prone to screen cracks though, since there’s twice as much glass to worry about compared to typical smartphones.) But if you didn’t care for the iPhone 4’s look, there’s nothing about the 4S’s design to sway you to the new model.

An unfortunate side effect of sticking with last year’s design is that the 4S retains the traditional 3.5-inch display size. By this point, flagship phones from competitors never dare to dip below 4-inch screens. Apple still holds the title for the highest screen pixel density, thanks to its high-resolution 326 pixels per inch Retina Display. Other phone makers have matched the Retina Display’s resolution over the past year, but since they use bigger screens, those displays don’t look nearly as sharp. (Personally, I’d sacrifice some pixel density for a 4-inch screen.)

While it may not look different, the iPhone 4S is a much changed beast under the hood. It sports Apple’s new dual-core A5 chip, which first appeared in the iPad 2, and is said to be twice as fast as the A4 chip in the iPhone 4. The A5 also features a dual-core graphics processor, which Apple says is seven times faster than the A4.

In regular usage, the A5 chip definitely gives the iPhone 4S an added kick. Launching new apps and switching between them is noticeably speedier than on the iPhone 4, and the A5 chip obliterates load times and lag from graphics-heavy games like Epic’s Infinity Blade. The iPhone 4S will certainly be appealing to gamers — new titles like Galaxy on Fire 2 will only run on the 4S and iPad 2, and more games will certainly follow suit. 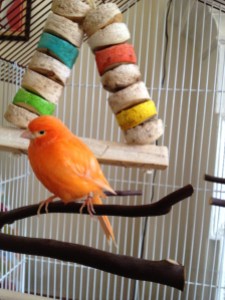 The iPhone 4’s 5-megapixel camera was already one of the best out there, but Apple made it even better this time around with a new 8-megapixel shooter that will give many point-and-shoot cameras a run for their money. The new camera also includes a five element lens (compared to the four in the iPhone 4) and a larger f/2.4 aperture, which serve to make photos sharper and easier to take in low-light conditions.

As you can see from the picture to the right, the iPhone 4S takes some mighty fine photos. It’s tough to tell much of a difference over the iPhone 4, but the improved optics are noticeable in situations where there’s a lot of fine detail to cover, like capturing the many leaves on a tree.

Next page: Software and Siri