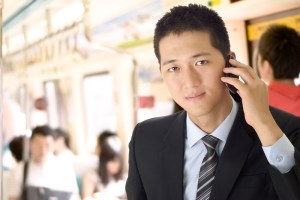 Phone buyers who were holding out for the iPhone 4S or other hot smartphones slowed overall global growth in Q3, even as demand for handsets continued to surge, according to a new Gartner report.

Sales were boosted by strong demand for low-cost phones in developing countries. In all categories, 460 million mobile device units were sold, and more than 115 million of those were smart devices, the report says. Buyers in China, Russia and developing markets helped to boost total sales by 5.6 percent during the third quarter of 2011, according to the Gartner report.

“Strong smartphone growth in China and Russia helped increase overall volumes in the quarter, but demand for smartphones stalled in advanced markets such as Western Europe and the U.S. as many users waited for new flagship devices featuring new versions of the key operating systems,” said Roberta Cozza, principal research analyst at Gartner, in the report.

Sales of smartphones decreased to a 7 percent growth rate between Q2 and Q3 of 2011, while still growing 42 percent from the previous year. A later-than-usual launch for the iPhone (previous iPhone models have been released in the Summer) and rumors of an iPhone 5 may be partly to blame.

“Some consumers held off upgrading in the third quarter because they were waiting for promotions on other new high-end models that were launched in the run-up to the fourth quarter holiday season,” Cozza said. “Other consumers were waiting for a rumored new iPhone and associated price cuts on older iPhone models; this affected U.S. sales particularly.”

While Samsung became the world’s leading smartphone manufacturer during this time period, shipping 24 million units to Apple’s 17, its sales were down 3 million from the previous quarter. The report sees Apple bouncing back quickly because of the company’s strongest-ever preorders for the iPhone 4S, and rapid worldwide availability.