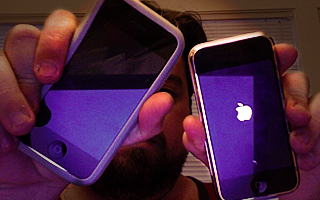 Apple may have to slightly delay the anticipated October launch of the iPhone 5 due to a supply chain snafu, according to reports this morning.

Digitimes, the Taiwanese blog with a history of often accurate Apple leak reporting, said today that Apple’s touchscreen manufacturer, Wintek, is having some trouble with the components for the upcoming iPhone 5.

If there are delays, this might postpone the October 4 iPhone 5 launch event with new CEO Tim Cook reported by All Things D. A leaked document from iPhone 5 carrier Sprint also showed an early October launch date.

Wintek responded that all its components are being delivered on time; however, other parties in the iPhone 5 supply chain maintained that the defect, called a delayed bubble, was not something that Wintek could detect. In fact, the fault only became evident once the components were assembled, these sources told Digitimes.

Wintek has facilities in Taiwan, India and China.

In addition to the delay report, sources said that Wintek’s touchscreens make up between one fifth and one quarter of the touchscreens used in iPhone 5 production. Other touchscreens are said to be coming from Taiwan-based TPK Holding and Chimei Innolux. They also stated that Apple is preparing to ship around 25 million iPhone 5 units before the end of the year.

Previously, Digitimes had reported that the iPhone 5 would feature a larger screen than seen on previous models — a point recently validated by images of iPhone 5 cases. The devices are also thought to feature tapered edges and a thinner design