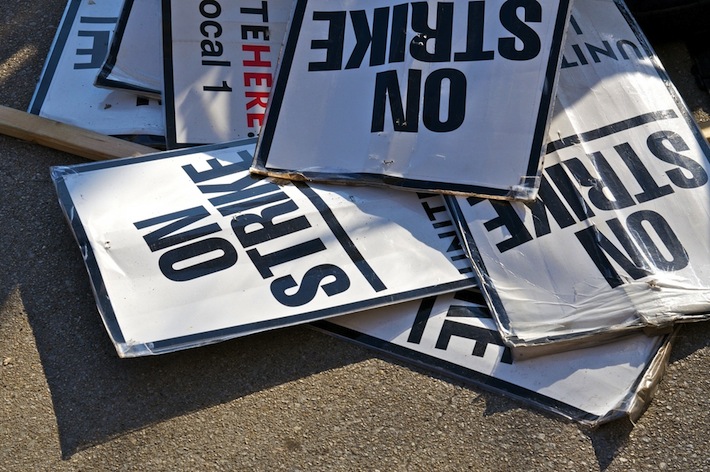 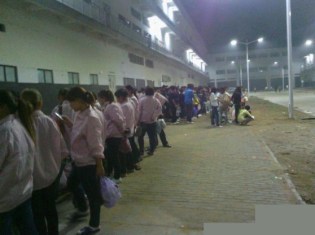 Above: Foxconn factory workers on strike.

Foxconn is a supplier to a number of well-known American companies including Apple and Microsoft.

According to CLW, which partners with “labor organizations” to raise awareness for factory working conditions, the strike involved up to four thousand employees who were forced to work over a holiday. Most of those employees work in the “onsite quality control” line, which oversees how well the products are being made and if they fit a certain standard. A number of these employees were allegedly met with physical violence while doing their inspections. CLW says the plant’s managers “turned a deaf ear” to the issue.

The extra quality assurance pressure allegedly comes from the iPhone 5 and “demands related to scratches on frames and back covers.” Recently, Apple was criticized for the new smartphone’s tendency to attract scratches.

It’s no secret that Apple is having problems with the supplier. The company came under a lot of scrutiny when reports of poorly treated workers surfaced in early 2012. In order to stave off criticism, Apple joined the Fair Labor Association and now puts out progress reports on the treatment of supplier working conditions.

But this isn’t the first incident Apple has run into regarding the production of its iPhone 5 line either. Only a couple weeks after Apple made its iPhone 5 announcement in mid-September, Foxconn employees rioted, shutting down one of its largest plants in China. According to reports, a number of people were hospitalized after the riot was finally broken up by police.