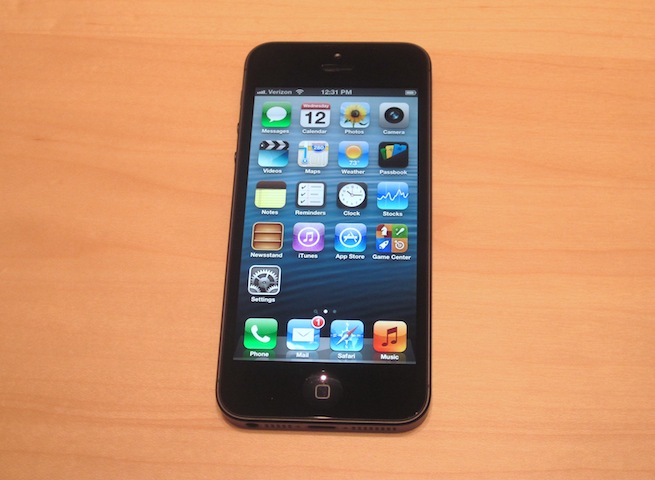 You won’t have to wait until the 21st to take a look at Apple’s iPhone 5, iPod Touch, and iPod Nano. We got hands-on videos with all three devices, as well as the new maps app and the new panorama feature in the iPhone 5.

Let’s hope this tides you over until you can hit the preorder button on Friday.

The iPhone 5 is obviously longer, leaner, lighter, and thinner, but while the design is nice, it’s iOS 6 that you’re really going to interact with on a daily basis. The new maps app in iOS 6 is one of those programs you’ll probably use a lot. The Maps App replaces Google Maps and was built from the ground-up by Apple. It has really nice-looking 3-D imaging, as well as a “flyover” feature that lets you zoom in and “fly” around buildings at a bird’s-eye view. It also comes with turn-by-turn directions dictated by Siri’s voice. Sadly, we couldn’t get the turn-by-turn navigation to work for this demo, since, well, we weren’t going anywhere.

Aside from the Maps App, the camera is another heavily used element of the iPhone. The camera itself received a slight upgrade, but it’s the panorama feature that really impresses. You can take spanning panorama photos with the iPhone 5, and it automatically stitches together each shot you take. The process of taking the photo is pretty easy, too. An arrow guides you around the landscape and tells you at what pace you should move. Looking at details in a panoramic photo is pretty cool too. Check it out as we zoom in on some passersby:

The iPod Touch really has received a big makeover. It no longer makes you think of a pared-down version of the iPhone. It now has its own look and feel with the aluminum casing. It does follow the iPhone in screen size, however, with an upgrade to the new 4-inch dispaly. The Touch is really lightweight as well, almost too lightweight. It feels delicate when you first hold it, but its seems sturdy enough to withstand a drop or two. Other than the standard black, the iPod Touch is also available in four other new colors. Check it out:

Apple sent some love to the iPod Nano as well. The tiny square screen people are used is gone, replaced by a 2.5-inch touch display. It still has the volume controls on the side, but you can perform other content surfing with your finger. It is also thinner and obviously longer. However, the Nano goes beyond a music player now. It is outfitted with a pedometer and fitness application, making it competitive with other small fitness devices like the Striiv, though the app is far less robust. I tried to get the pedometer working in the video below, but it sadly didn’t come to life. That’s probably because I was just stomping my feet and not actually walking anywhere.

Let’s leave you with a song from the Foo Fighters. Oh yeah, that’s right, they showed up at the event: