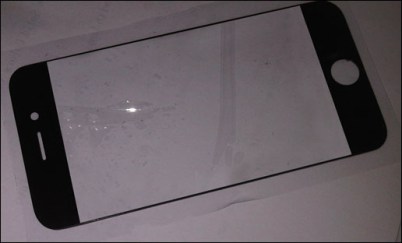 We reported a few weeks ago that the iPhone 5 would likely feature a 4-inch screen, an upgrade over its predecessors’ 3.5-inch displays, and now we have our first glimpse as to what that larger display may look like thanks to a Chinese Apple part reseller.

And in other Apple news, there’s a good chance that the iPad 2 will be readily available for consumers next week, as opposed to the April ship date many are expecting, AppleInsider reports.

First the supposed iPhone 5 part: the reseller iDealsChina has found a photo (above) of what looks to be a digitizer screen panel resembling the iPhone 4’s, except it features much more screen space. In exchange for the increased screen size, the part shows significantly less bezel space on the sides of the display (the screen practically touches the side of the phone), as well as less space between the screen and the home button and top ear piece. To get a sense of the screen differences, check out the mockup image below.

At this point, it’s pretty clear that the iPhone 5 will feature a larger display; the only question is, how will it fit into Apple’s iPhone design. There are also rumblings that Apple is considering removing the iPhone and iPad’s home button altogether, which would make room for larger screens without significantly increasing the size of the devices.

As for the iPad 2 availability rumor, I would take it with an even larger helping of salt. AppleInsider’s sources say that Apple is preparing its operating segments for functions that resemble a large-scale consumer product roll out. With Apple hosting an iPad 2 press event next Wednesday, the news seems to point to the iPad successor actually being available next week. But given that Apple reportedly started manufacturing iPad 2’s earlier this month, it seems unlikely that it would be ready to ship out units to customers so quickly. 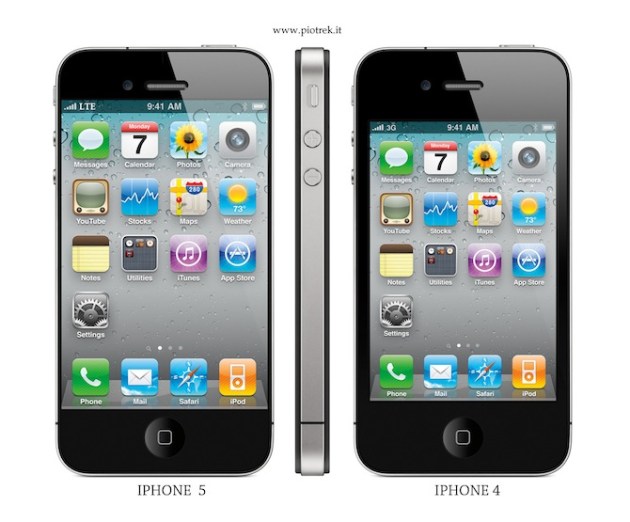 Via 9to5Mac, mockup via Piotrek