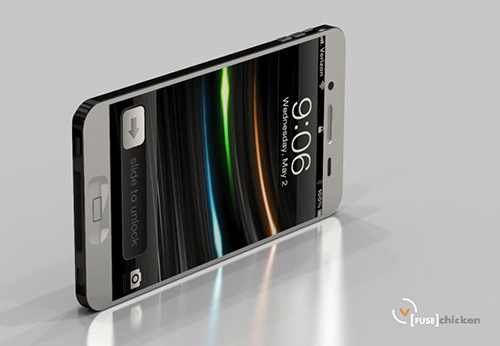 We’ve heard it before, and we’re going to hear it again. The next version of the iPhone will replace its long-standing 3.5-inch screen with one that measures at least 4 inches.

The Wall Street Journal, citing unnamed sources, claims that production will begin next month on screens for the new iPhone (likely called “iPhone 5”) in Asian factories.

While it has drastically improved screen resolution, Apple has not changed the size of its 3.5-inch iPhone screen since it launched in 2007. But since that time Android phone screens have gotten much bigger. Two relatively new flagship devices, the HTC One X and Samsung Galaxy S III, feature 4.7- and 4.8-inch screens, respectively.

Personally, I’ve been clamoring for a 4-inch iPhone ever since Samsung launched the first line of Galaxy S Android smartphones, which had 4-inch screens. It’s the perfect size for reaching your thumbs across the screen and still lets you view content. If the endless rumors of the 4-inch screen for the iPhone 5 are true, I’ll be happy.

Also in the iPhone rumor pot today is word that China Mobile is in talks with Apple to finally carry the iPhone. China Mobile is the world’s largest carrier by customers, but the iPhone hasn’t landed on that network due to network incompatibilities. It has, however, signed with competitors China Telecom and China Unicom to offer the iPhone.

China Mobile Chairman Xi Guohua said at a shareholder meeting in that he wasn’t sure if the carrier and Apple would be able to finish up an agreement before the end of 2012. That said, with China Mobile’s 667 million subscribers, there’s a lot of incentive for both companies to hash out a deal.