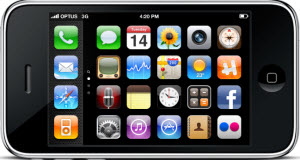 Apple has said it will fix the iPhone’s location tracking “bug” with an update in the next few weeks, but that fix may be coming sooner than you think, according to mobile site Boy Genius Report.

BGR, which apparently has its hands on the update (iOS 4.3.3) early, writes that it will land in the next two weeks, “possibly sooner.” It’s not exactly Earth-shattering news, but it’s clear that Apple doesn’t want this issue to linger longer than it needs to.

Apple previously said that it’s not actually tracking iPhone locations, instead it’s been compiling a crowdsourced database of cell tower and WiFi hotspot locations — “some of which may be located more than one hundred miles away from your iPhone,” Apple stresses — to speed up GPS services on the iPhones.