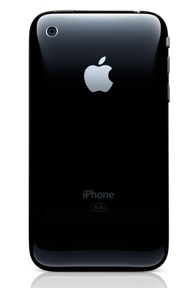 Adobe Flash, the popular platform for web applications and media, may finally be coming to the iPhone. “May” is the operative word here — it sounds like development is still in the early stages, and Apple might not even be interested.

While Flash-related speculation hasn’t even approached the level of constant rumors and counter-rumors about the release of the iPhone 3G, there’s still been plenty of grumbling. After all, the lack of Flash support is disappointing on a device that’s supposed to offer the most advanced mobile browsing experience around.

Adobe chief executive Shantanu Narayen set off a wave of discussion during an earnings conference call in March, when he said the company was working on version of Flash for the iPhone, although Adobe later clarified that all the discussions were still preliminary. Well, it’s three months later and time for another earnings call. Naturally, Narayen took the opportunity to get people talking again. He said Flash for the iPhone is now “working on the emulation.” That means Adobe has Flash running on an iPhone emulator on a computer in the company’s labs. As for an actual iPhone … they’re working on it. This isn’t exactly an earth-shattering announcement, but hey, at least it’s progress.

So things are moving forward on the Adobe side. The real question is whether Apple (whose cooperation Adobe needs, especially since the ideal solution would be to integrate Flash into Apple’s Safari mobile browser) even wants Flash. Chief executive Steve Jobs has argued that neither Flash nor the mobile version Flash Lite is really appropriate for the iPhone, and several writers think Apple is pursuing a different strategy — namely, working with a company called SproutCore to develop JavaScript applications that aren’t restricted to either Flash or Microsoft’s competing platform Silverlight.

SproutCore has already built iPhone apps, including Apple’s MobileMe service, and there’s a strong case that Apple wants to push for a more “open” web, rather than one increasingly reliant on Flash or Silverlight.

On the other hand, I don’t think SproutCore’s future potential will do much to lessen the clamor for Flash on the iPhone, at least in the short-term. Do you want a browser that lets you use hypothetical “open” applications that will be developed in the future, or one that lets you browse the web as it exists right now? You know, the web where many popular sites are built on Flash technology? Yeah, me too.