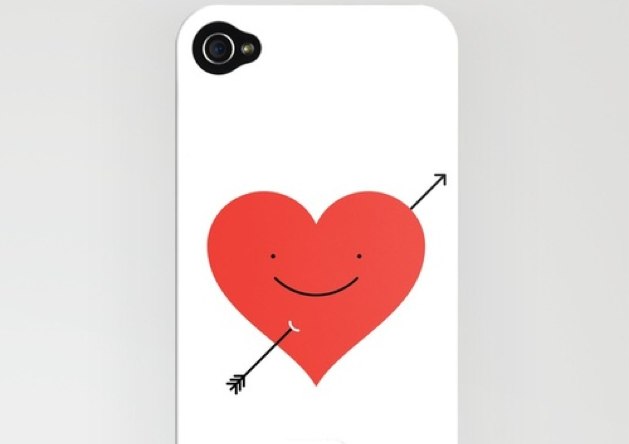 If forced to choose between giving up sex or going without their iPhones, 15 percent of people said they would rather forgo between-the-sheets action for a weekend than part with their beloved mobile gadgets. Perhaps women were surveyed.

Joking aside, the eyebrow-raising finding is legit and comes from a recent survey commissioned by gadget reseller Gazelle.

The results, not at all scientific in nature, represent a 1,000-person pool of Gazelle customers who have traded in at least one iPhone.

“This is Darwinism at its finest. The nerds are weeding themselves out of the breeding process,” said my astute colleague Jolie O’Dell on the survey results.

The no-sex nugget might be a tad misleading when you check out the actual questionnaire. Consumers were asked, “Which of these things would you give up for a weekend if the alternative was not being able to use your iPhone during that time?,” and the options were coffee, chocolate, laptop/computer, shower, spouse, kids, or sex. Sadly, a large percentage of people (18 percent) were willing to forgo showers for a weekend.

Also no surprise here: iPhone owners wanted to be with their mobile devices more than they wanted uninterrupted access to the world’s largest social network. When asked which device or platform they would not be able to live without, 65 percent of survey respondents chose iPhone. Less than 1 percent of respondents said they could not live without Facebook.

In some scary (but not surprising) news, 85 percent of iPhone owners said they used their tiny companion while going to the bathroom, according to Gazelle’s survey. Worse still, nearly 4 percent of people said they’ve used their iPhone during sex. No wonder sex is so replaceable.

On the more serious side of things, 40 percent of consumers surveyed indicated that the feature they’d most like to see added to the next iPhone is a larger screen. They just might be in luck.

All in all, if Gazelle’s customer base is representative of the larger public, we’ve got some prioritizing to do, people. Or maybe we’ve crossed the point of no return. I know this reporter is guilty of some of the most offensive iPhone behavior identified in the Gazelle survey. Don’t judge. Chances are you are too.