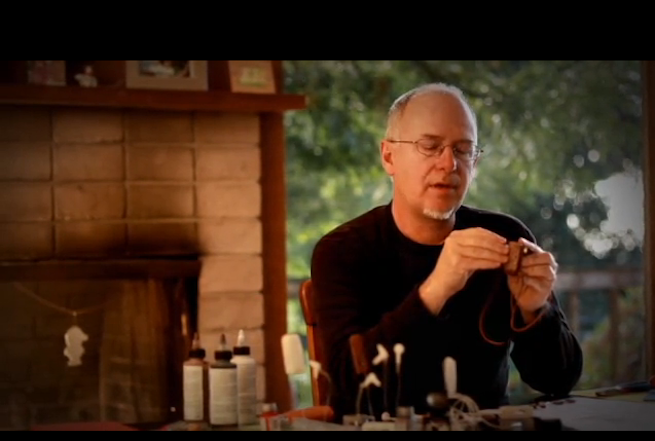 When Honeycutt bought his first iPhone several years ago, he loved being able to use the earbuds to talk to a friend on the go, but he was irritated by the tangled-up iPhone cord. So he cut off two-thirds of the chord and linked the remaining part to a Bluetooth device, which can be neatly attached to your collar.

This week, the serial entrepreneur launched a Kickstarter campaign with a goal to raise $150,000 in funding for the mass production of his customizable bluetooth earbuds, known as “Elroy.” Honeycutt understands the risks and potential rewards of starting a manufacturing company. In the late ’80s, he was the one-man operation behind Timbuk2, making bags in his apartment in San Francisco. 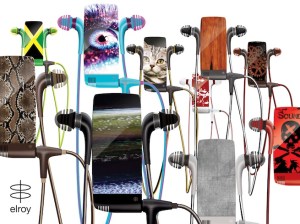 Elroy is a bit of a departure from sporty messenger bags, but since selling Timbuk2 five years ago, Honeycutt has been looking for a new challenge.

“We’re going to do something different that can’t be done in Asia,” said Honeycutt. “The real excitement is when you build it [the product] and get it [to consumers] within a day or two.” Elroy will be produced in the U.S.

He was the first to implement an online ‘build-your-own’ mass customization, which would later become the inspiration for the NIKE iD customization program.

According to Honeycutt, the competition includes Skullcandy and Jawbone, but these players only offer a limited production selection. “With our domestic customization processes we will be able to offer a much, much wider variation of product and we will be able to keep retailers in stock on all models,” he said.

Elroy’s parent company is Snik LLC, which was founded in 2007 and is based in Berkeley, Calif.  Snik owns a series of patents addressing earbud cord management devices. Honeycutt told me that Elroy is a one-man show for now (although there are half a dozen contractors working on the product), but hiring will commence when they open a production facility.