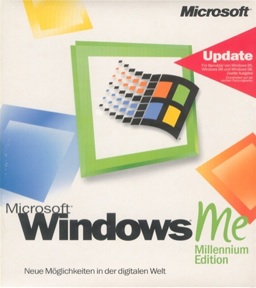 Microsoft’s Live Mesh project had a lot of people buzzing about a month ago — and for good reason. Who doesn’t want a service that can synchronize the ever-expanding array of devices in our digital lives?

Of course, synchronization can be a tricky thing. It’s a complicated process to get devices to speak with one another, especially if those devices are made by a wide variety of manufacturers. That’s a problem that has plagued Microsoft and the PC industry for a long time. Microsoft is hoping that Mesh is the answer.

Apple, on the other hand, doesn’t suffer from that problem on the same scale since it makes all of its own computers and most of the products that sync with those computers. It has a service that is used for synchronization, .Mac, but it’s overpriced and underpowered. That could be about to change.

As we noted a few days ago, there are rumors floating around that .Mac is about to get a name change. While “Mobile Me” seems to be one candidate, a new contender is out there: simply “Me.”

Apple now owns the domain Me.com, as Daring Fireball speculated about yesterday and MacRumors confirmed today. It would make a lot of sense that Apple may use Mobile Me to encompass syncing with its mobile devices and Me to encapsulate syncing all of its products.

Imagine a service from Apple that was free and allowed you to sync multiple Apple products via the Internet. What if this could all be done by a simple trip to Me.com — a domain which has to be just about the easiest to remember? What if Apple also extended some compatibility to PCs via iTunes just as it allows you to sync Windows-based PCs with iPods and iPhones?

Of course that is all hypothetical at this point, but doesn’t that sound like a compelling answer to Microsoft’s Mesh platform? If Apple truly is working on a new array of mobile computing devices, such a service seems downright necessary.

Is Apple about to cut both Mesh’s name and viability in half?

And is it going to do so with a service that shares a name with a past iteration of Windows?