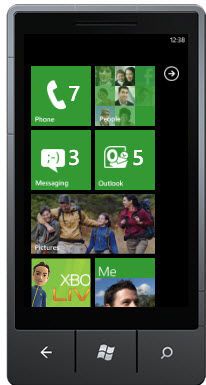 Microsoft is reportedly working on a version of its Windows Phone software that lets users buy goods by waving a handset over a reader at a checkout counter, Bloomberg Business Week reported.

Citing two unnamed sources, the publication said that mobile payments technology will be included in new versions of Microsoft’s mobile operating system as part of an effort to be more competitive with Google’s Android software and Apple’s iOS (the software for iPhones etc.). If Microsoft moves fast, that could be a bold move — and a necessary one if it wants to offer something that its rivals aren’t yet doing.

The race to embrace mobile commerce — an industry seeing explosive growth right — is at the center of our VentureBeat Mobile Summit, on April 25-26. Mobile payments, including the mad rush to push NFC, is one of the five themes of the event: We’ve carefully invited what we think are the top executives in mobile to discuss the biggest challenges of the day which, if solved, can lead to much faster growth in the industry. And at our payments session, Microsoft will be there. But we’ll have everyone else at the table, from Visa’s head of mobile products, to the CEO of Dynamics Inc. — the disruptive credit card company that launched last year — and Verizon, which has a related initiative it is unveiling soon. (If you think you should be part of the discussion, you can apply for a ticket.)

Microsoft has lots of partners for Windows Phone software, such as HTC, Samsung and Nokia. But it is in danger of being an also-ran in smartphones and tablets because it hasn’t been competitive. Only last fall did Microsoft do a major relaunch of its phone software with the debut of Windows Phone 7.

The software will implement near-field communication capability. With NFC, phones with special wireless chips in them can establish short-range contact with wireless readers at checkout counters. Mobile phones could then be used to pay for physical goods at stores with a simple wave of the phone. Making a phone that can do this requires hardware, software, and security infrastructure. On top of that, merchants have to deploy the NFC readers.

Gartner predicts huge growth in mobile payments. The market researcher expects mobile payments to rise from $32 billion in 2010 to more than $245 billion in transactions in 2014. Google has made NFC part of its Android devices and introduced the first Android phone with NFC in December. Apple is reportedly working on it as well.

IDC estimates that Android will have 39.5 percent of the mobile operating system market this year, Apple will have 15.7 percent, Research in Motion will have 14.9 percent for its BlackBerry phones, and Microsoft will have just 5.5 percent. ABI Research said that NFC phones will double in 2012 from 35 million shipped in 2011.