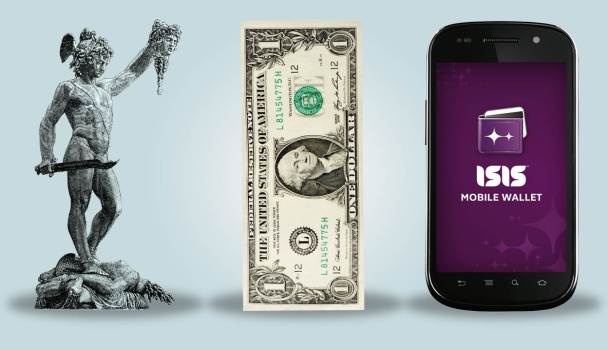 Soon you’ll be able to apply that famous American Express slogan (“Don’t Leave Home Without It”) to your smartphone. Isis, the mobile payments venture between AT&T, T-Mobile, and Verizon, announced Thursday that it’s adding support for AmEx cards.

The news means Isis will be able to support even more consumers when it launches later this year in Salt Lake City, Utah, and Austin, Texas. The AmEx cards will join those from Chase, Capital One, and BarclayCard — Isis’ first bank partners announced back in February.

Isis is developing a mobile payments wallet based on near-field communication (NFC) technology. The idea is that you’ll be able to swipe your phone to make purchases instantly and securely. NFC-based swipe and pay is something Google is also exploring with Google Wallet, as well as PayPal with its upcoming wallet (PayPal already offers a way to easily transfer money with NFC).

American Express — along with Mastercard, Visa, and Discover — opened up its payment network to Isis last year, but today’s announcement will allow consumers to add their own AmEx cards to the Isis app.

While Isis seems to be taking its sweet time to launch, CEO Michael Abbott explained to me at Mobile World Congress that the company only had one shot to get this right. And it’s also a particularly complicated problem that Isis is trying to solve.

“We’re solving for a four-sided market,” Abbott said, pointing to the fact that Isis needs to make sure consumers, merchants, payment companies, and its parent carriers are happy with the product.