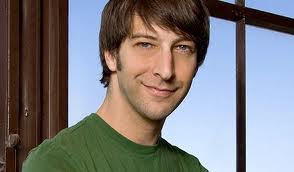 SimpleGeo, a service for adding location-based features to applications, just announced that former Digg CEO Jay Adelson will be its new CEO and join its board of directors.

The company’s former CEO and co-founder Matt Galligan will now act as Chief Strategy Officer, so that he can focus on what he says are “company strategy, evangelism, and new concepts around the integration of location services.”

In a post on SimpleGeo’s blog, Galligan goes on to outline Adelson’s career:

Many people are familiar with Jay from his role as CEO of Digg, where he helped transform a relatively unknown startup into a global brand, and also as founder (and current Chairman) of Revision3, a leading Internet television network. However, I feel like Jay’s time at Digg and Revision3 were really the outliers in his career.

Previous to both Digg and Revision3, Jay founded Equinix, a billion dollar international company that operates data centers and provides network connectivity services for companies around the world. Currently, well over 70% of the world’s Internet traffic depends on Equinix to reach its destination. He also co-founded Digital Equipment Corporation’s Palo Alto Internet Exchange (PAIX), one of the largest Internet aggregation points in the United States. Before that, Jay was a founding employee of Netcom, one of the nation’s first ISPs.

SimpleGeo isn’t the only company looking to bring in seasoned veterans to help run their location-based services. According to Business Insider, Facebook grabbed early Foursquare engineer Nathan Folkman to work on its new Facebook Places feature — a good pick-up as the company ramps up its newly released “deals” feature.

SimpleGeo has been working hard over the past year. The Colorado-based company, founded in 2009, recently announced a second round of funding for $8 million and has been on a hiring spree — going from 4 to 23 employees in nine months, according to Galligan’s personal blog.