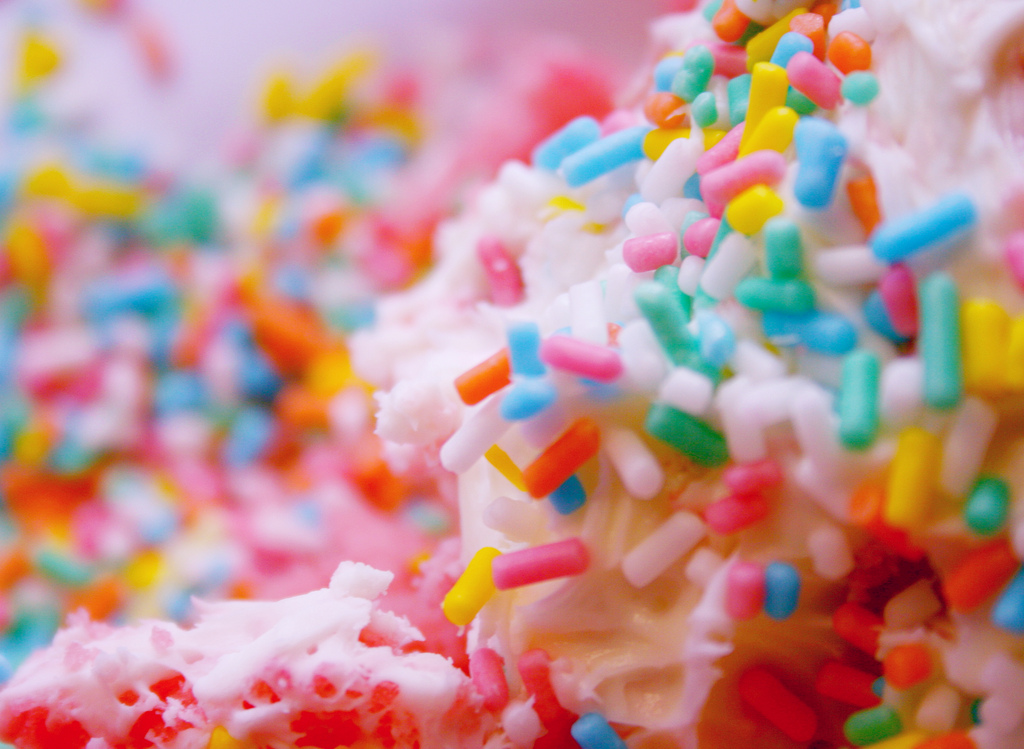 Google has released five major Android updates since 2010, most named for some kind of food. Today, Android’s developer site revealed that for the first time, more than 10 percent of Android smartphones in the market are running Jelly Bean, the latest version. 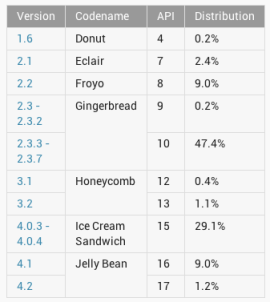 A major developer complaint about Android has always been its version fragmentation. While iPhone users typically update their devices to new software versiosn from Apple very quickly, Google’s position as the provider of a free and open-source mobile operating system has led to much less power with carriers, who can in many cases block Android system updates.

That’s led to a situation in which the majority of Android smartphone owners are still using older versions of Android. In fact, 47.4 percent are still using Gingerbread, which Google released in December of 2010.

That’s at least some good news for developers, who have to keep multiple operating systems in mind while building apps.

Google still has a ways to go, however: In one day, Apple had higher uptake of iOS 6 than Google has achieved in six months.

The developer site for Android also revealed the latest data on screen sizes and resolutions. By far the majority of Android smartphones are now using high-density and “extra-high” density screens, similar to the Samsung Galaxy S III’s 306 pixels per inch, if not quite at the iPhone 5’s 326.