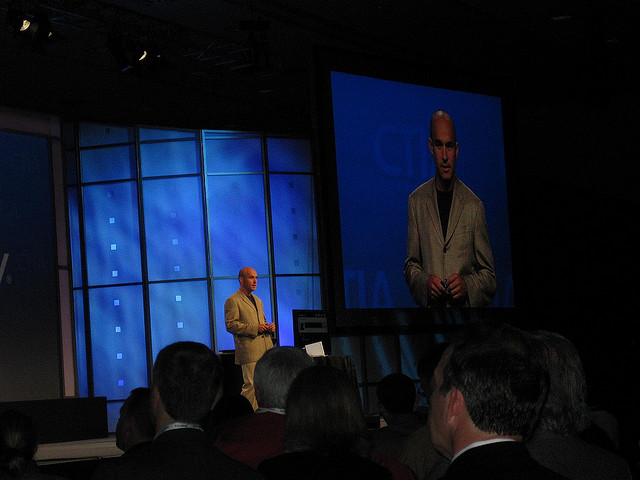 It was a bit of a surprise when former Research in Motion co-chief, Jim Balsillie, resigned from the company at the end of March, but a new report today offers some insight into his departure.

Balsillie was working on radically reinventing RIM by opening up its network and services to carriers and other platforms, including the much-beloved BlackBerry Messenger, Reuters reports. Not surprisingly, new RIM CEO Thorsten Heins, and other high-level execs (including Balsillie’s former partner Mike Lazaridis), vetoed that grand plan. Instead, they chose to focus the company’s energy on its upcoming BlackBerry 10 devices.

Balsillie was courting major carriers in North America and Europe to let them use RIM’s network on non-BlackBerry devices. As Reuter’s Alastair Sharp writes, “The plan would have let the carriers use the RIM network to offer inexpensive data plans, limited to social media and instant messaging, to entice low-tier customers to upgrade from no-frills phones to smartphones.”

The move would have made plenty of sense, especially since RIM was forced to delay its next-generation BlackBerry 10 devices until the end of this year. But by reinventing itself, RIM would have admitted a slight defeat in the hardware world, something the company likely isn’t prepared to do yet (even though it’s obvious to everyone else).

Notably, Balsillie was also offering to bring RIM’s BlackBerry Messenger service to other platforms as well, something that has been rumored for a while now. The company has already branched out somewhat with its BlackBerry Fusion service, which lets enterprises manage iOS and Android devices with the BlackBerry Enterprise Server (BES).

Balsillie’s plan could have been a sweet deal for carriers, but as Reuters rightly points out, some may have been worried about the stability of RIM’s network, which suffered a major crash last year.

Sources tell Reuters Balsillie was chatting with executives from AT&T, Verizon, Deutsche Telekom, Vodafone, and others about the deal. RIM already offers cheap plans in some countries with social and messaging, and the sources say it had developed a way to bring that service to iOS and Android. Unfortunately for Balsillie, RIM’s new CEO and executive board killed his effort before he could open up the company to other platforms.