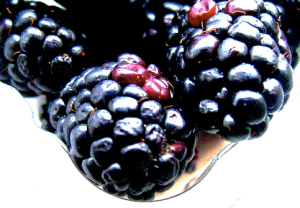 Research In Motion (RIM) is set to launch its application store for the BlackBerry, now dubbed “App World,” at the end of this month. For third-party developers on the outside, it may sounds like a very enticing proposition: You get to develop on a very popular device and RIM is offering an 80/20 split — 80 percent of revenues from app sales go to the developers, 20 percent to RIM. That’s better than the 70/30 split that both Apple and Google offer for iPhone and Android apps respectively. But it’s not all rosy, according to developers I’ve spoken with.

RIM has been attempting to work out deals with developers outside of simple app sales, to pull in money, two separate sources have told me. These potentially include RIM taking a cut of ad revenues from apps that run on the BlackBerry and a cut of transactions made within apps themselves. RIM has partnered exclusively with PayPal to work with the apps on its platform.

You may think taking another 10 percent cut from initial app sales in return for some of this other revenue is a good deal, but unless you’re selling your app on a massive scale — as in top sellers in Apple’s App Store massive — it may not be. And since RIM is said to be working on different deals for different developers, it’s hard to know for sure. One source I talked to wasn’t sure what RIM was thinking, given the chaotic nature of the deals it is trying to swing. “It’s a mess,” they said.

Such a mess that both sources weren’t entirely convinced that BlackBerry may not just scrap these back-end deal plans right before launch.

When asked for comment, RIM told me that there wasn’t any information to share about its strategy on this, at this time. 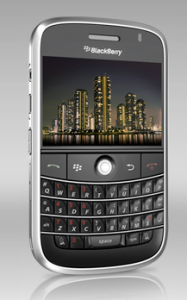 When Apple announced the App Store in 2008, it noted that because of the 70/30 split, it didn’t intend to make a lot of money from apps — basically, just enough to maintain the store. Given the runaway success of the App Store, which has moved over 500 million apps, Apple is probably doing quite a bit better than it had anticipated, but still, it’s not likely a huge source of income.

And Google, which just recently launched paid apps in the Android Market, actually doesn’t make any money off of apps. Instead, it sends its 30 percent cut to carriers and to handle billing settlement fees.

But with RIM, it seems the focus is on making money from these apps. Neither Apple or Google currently take a cut from apps beyond the point of sale — though obviously if Android apps eventually run Google AdSense ads, Google will be getting a cut of that.

Much like the Kleiner Perkins’ backed $100 million iFund that was created to fund and spur the development of applications on the iPhone, RIM launched its own fund, called the BlackBerry Partners Fund, which weighed in at $150 million. So far, a few applications have been funded with that money, but those out there developing for the platform on their own may want to make sure they’re not getting a raw end of the deal when negotiating with RIM over their apps. I’ve also heard certain more established apps are getting treated much better than the smaller guys so far.

You’ll note the presence of the words “revenue sharing.”