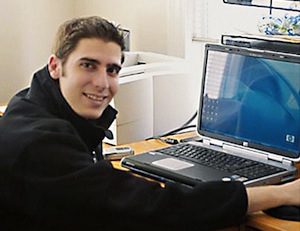 Jumio, a mobile payments startup based in Mountain View, Calif., announced today that it has raised $6.5 million in a first round of funding led by Facebook co-founder Eduardo Saverin.

Saverin’s profile has been on the rise recently, after his role in the early days of Facebook got a sympathetic portrayal in the movie The Social Network. He was pushed out of an active role in Facebook but settled with the company for an undisclosed amount, making him one of the company’s largest shareholders and presumably a very, very wealthy man. He recently led a funding round for “information experience” startup Qwiki.

“I’m usually a critical person but the last time I have seen such a disruptive idea was actually Facebook,” Saverin said in the funding press release.

Jumio says that it structured the funding in an unusual fashion. Instead of raising a traditional venture round, the company created a Single Purpose LLC for fundraising from high net worth individuals, similar to the one used by Facebook to raise money from Goldman Sachs clients.

So what does the company actually do? Well, it hasn’t launched its product yet, so it’s hard to say for certain, but the tongue-in-cheek video below says Jumio hopes to release a mobile payment product that’s so widely used it kills cash. The company says the launch is coming soon, so we’ll be able to see how it stacks up against existing products like Square.

Jumio The End of Cash from Jumio Inc. on Vimeo.