South Korean tech company Kakao, which was rebranded from Daum Kakao at the start of the month, announced Tuesday that its mobile payments platform Kakao Pay has passed five million users in the first 12 months since launch.

It’s not immediately clear whether these are monthly active users — the number more likely reflects the total registered user base, including users who have perhaps attached credit or debit cards, but not yet made a transaction on Kakao Pay.

The news was first reported in English by South Korean media, but the company has since confirmed the milestone to VentureBeat. It did not respond to further requests for comment at the time of publication.

In general, Kakao Talk, the company’s flagship mobile messaging app with more than 160 million registered users, is comparable to WeChat in China, Line in Japan, and — perhaps to a lesser extent — WhatsApp. (It offers quite a lot more functionality than WhatsApp, including — obviously — the ability to send payments to other users.) 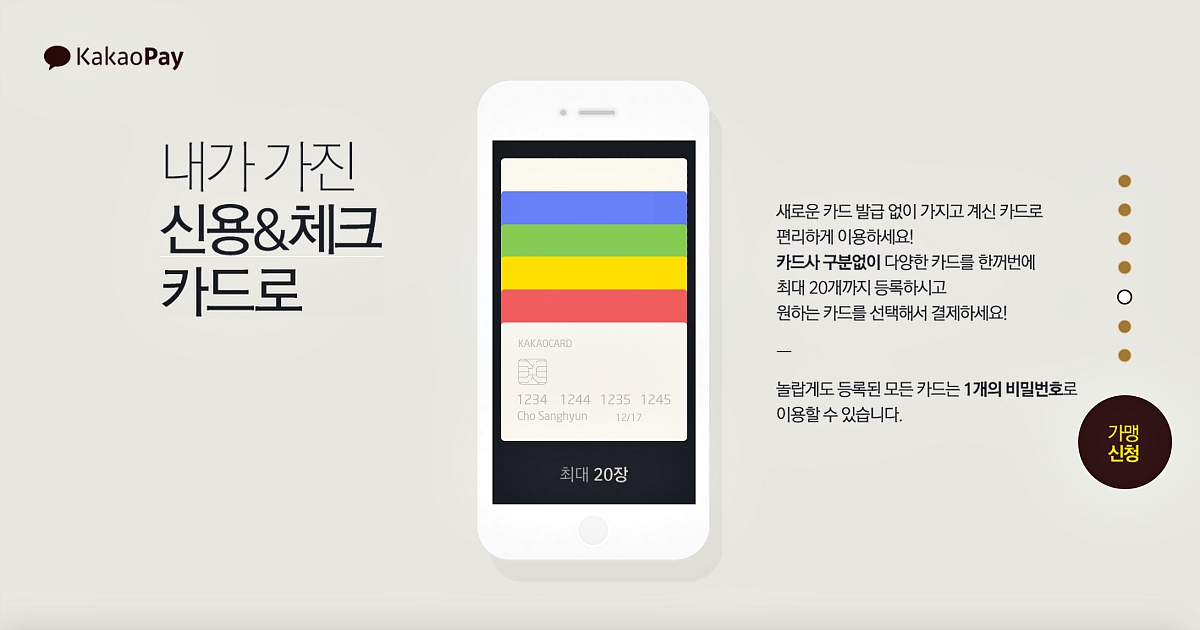 “Kakao is still dominant in South Korea,” Joe Seunghyun Cho, the Seoul-based founder and chairman of private investment group Marvelstone, told VentureBeat. “Line is catching up but not as popular, and no one uses WeChat [here]. Initially, Kakao Pay wasn’t doing well, [but] Kakao was very aggressive in marketing to make it happen.”

“Online mobile payment is widely accepted in South Korea. Fintech as a technology is not a new thing [here], and everyone is used to it. I think Kakao Pay is targeting the right target group — young females. They are the ones spending the most online,” he added.

Beyond this, Cho pointed out that the “gifting culture” is also very important to Koreans, and Kakao’s payment offering falls nicely into that niche, enabling those kind of transactions between friends and relatives.

Kakao said that 10 million transactions have been made through Kakao Pay to date, with one user sending $6,400 in a single transaction, according to Yonhap.

The newspaper also reported Kakao as saying that 60 percent of its users are females, with 46 percent aged 20-29. The company plans to “expand the scope of its platform so utilities and other bills can be automatically paid,” it added.

“Kakao wants to be everything,” Cho concluded. That’s certainly not so different from WeChat.

Update: Kakao has offered the following statement in an email to VentureBeat:

Since releasing the service a year ago, Kakao Pay has emerged as the number one mobile payment service in Korea. We feel five million users is a tremendous accomplishment considering the public’s usual reluctance to adopt new financial products. As stated in the article you linked to, 5 million users equals nearly 20 percent of all credit card users in Korea. Our growth has accelerated as we continue to add popular and unique channels (airlines, movie theaters, delivery apps, donations, etc.) where people can use Kakao Pay.

Building up a strong user base is particularly important to us because, instead of focusing on transactions fees, we are looking to build a comprehensive pay platform that includes utility bill payments, membership point management, automatic payments and more. We expect to release these new services within the Kakao Pay platform by 4Q or 1Q 2016, and we think it will help us separate from competitors in a big way.

As for other payment services, there doesn’t seem to be any direct competition as each service is focusing on specific areas of mobile payment. For example, Samsung Pay is looking more at offline payment with the goal of selling more mobile devices, while some domestic competitors, such as Naver Pay, are looking to build a payment service for their own shopping channels.