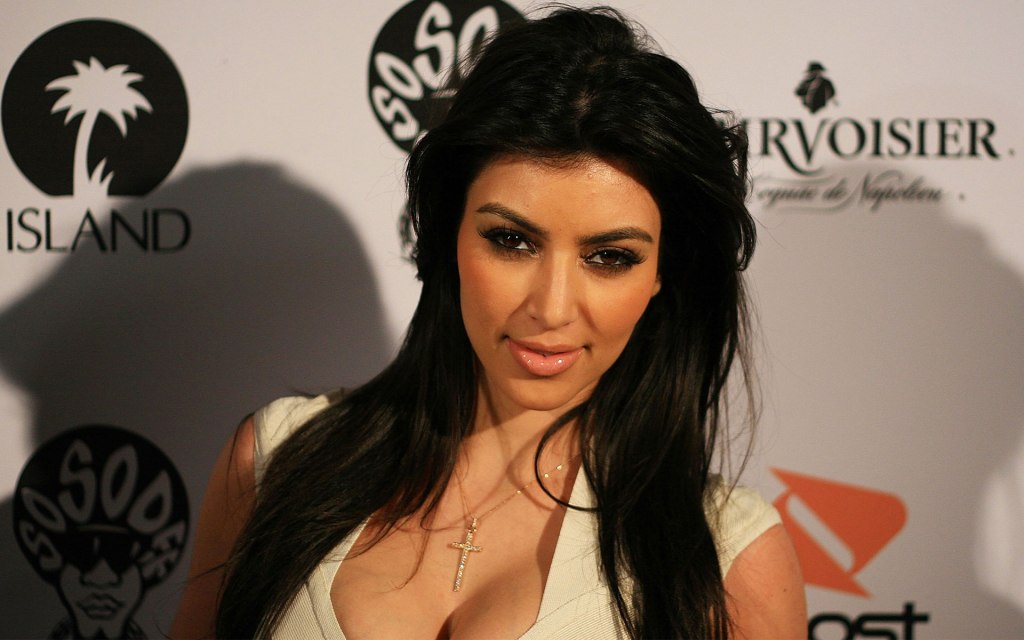 Last I checked, 2013 was still 34 days away. But Bing is obviously an impressive piece of technology: it already knows the most-searched terms of 2012.

With Honey Boo Boo, multiple Kardashians, Beyonce’s baby, and Justin Bieber all making the cut, there’s plenty of celebrity gossip mag in the results. It’s almost educational for those of us who don’t follow — in other words, those of us who actively avoid — popular culture.

But there’s also plenty of interest for the more web-focused of us, with rankings of social networks, viral videos, and most-searched geeky gadgets.

First of all, the celeb trash. Priorities, people.

Kim Kardashian and Justin Bieber swapped their 2011 places, with the Biebs sliding to second and the Kardshian one bumping up to first. Miley Cyrus, Rihanna, and LiLo round out the top five.

Speaking about priorities, Barack Obama ranked 46th, and Mitt Romney came in at 43rd. The only difference is, no one added the word “nude” to those searches. Hopefully. 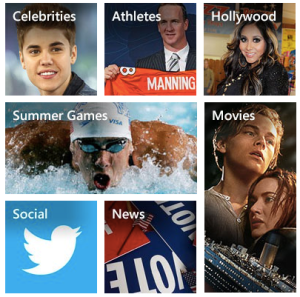 Oh, and when the list is limited to reality TV stars, the three Kardashian sisters made a clean sweep of the first three spots — Kim, Khloe, and Kourtney. That’s gotta be some kind of record.

More interesting are the top non-Us Weekly news stories of 2012. The top item is also the most-searched consumer electronics device of 2012: iPhone 5. Apple’s newest gadget was followed by two arguably more important events: the 2012 U.S. presidential elections and the 2012 Olympics.

Hurricane Sandy came in fourth for current events search terms, and “Honey Boo Boo reality show” came in sixth. I am not ashamed to say that while I have heard the term “Honey Boo Boo” before — how could any of us have successfully avoided it? — I still have no clue what it means or refers to. And no, I’m not going to Google it (or Bing it, for that matter).

When it comes to social media, Facebook is the one ring that rules them all. MySpace — which has just had a very successful redesign — came in third, following Twitter and ahead of LinkedIn, the massively growing Tumblr, and Instagram. Digg, amazingly, is still holding on the edges of its grave at number nine. 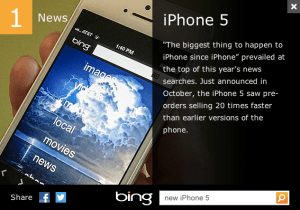 As for most-searched geek chic, there are probably not too many surprises here, with iPhone 5 ranking first, followed by iPad. Apple’s iPad 3 holds the fifth spot; the iPod Touch is in the sixth spot, and the iPhone 4S also appears in ninth place. Samsung’s stellar Galaxy S III comes in third, followed by Kindle in fourth place.

THe number-one searched-for video is no shock: the irritating/awesome Korean dance video Gangnam Style, which shot past the irritating Bieber Baby video to a billion views on YouTube. Here’s the rest of the list, which if you have too intimate awareness of, you probably don’t have a grownup job.